According to the Alzheimer’s Society, there are around 850,000 people in the UK with dementia. One in 14 people over 65 will develop dementia and the condition affects 1 in 6 people over 80.

Dementia is not a specific disease. It is an overall term that describes a group of symptoms associated with a decline in memory or other thinking skills that are severe enough to reduce a person’s ability to perform everyday activities. While symptoms of dementia can vary greatly, at least two of the following core mental functions must be significantly impaired to be considered evidence of dementia:

One of the biggest challenges for families with relatives in care who are suffering from dementia is how they can interact with their loved ones as the disease slowly draws them further and further away from all the things they once knew and recognised. In so many respects, it is an illness that takes as much from the immediate family members as it does from the sufferers.

In the first quarter of 2018, over a two month period, The Digital Line launched a pilot with a London care home to explore a new program of initiatives designed to reach out to residents suffering from the later stages of dementia.

The first time I set foot onto a dementia ward, I was shaken by what I saw and the memory has stayed with me ever since. I walked into a fairly nondescript living room which was well lit but sparsely furnished with little else beyond a series of mixed armchairs and a media unit.

Some twenty or so residents were mainly seated in a make-shift semicircle as Doris Day singing “Que sera sera” was blasted out from a DVD player through the distorted speakers of a very old television set.

Several staff members wandered amongst the residents, trying half-heartedly to encourage them to join in with the singing but it was a mostly uninspiring experience and I distinctly remember leaving the home, thinking to myself: There has to be more to their lives than this…

One of the things that struck me about the disease was that most research around dementia appeared to be split into two areas.

But is enough being done to actually communicate with those suffering from the condition? 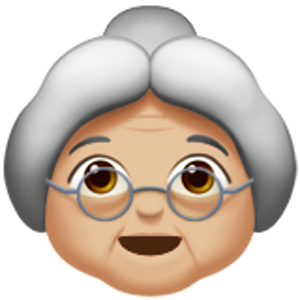 With this in mind, The Digital Line has created Emotive Eye, a project that seeks to look at communicating with dementia sufferers using the ubiquitous language of the younger generations. Emojis.

The basis of the exercise is a series of short questions and a number of laminated slides – carrying a selection of emoji images – that are shown to residents in the hope of trying to connect with them.

Over the course of several visits, together with staff and carers, we sat with residents, asking them key questions about their families and then showed one of two emojis – a happy face or sad face – in the hope of understanding whether they were drawn to the images put in front of them.

On a daily basis, providing the residents with the same set of questions appeared to deliver measurable results after key events such as lunch, a visit from a family member or some kind of musical activity. In these cases, almost universally, the residents pointed to the happy face emoji.

Although the project is still only at an early stage and further research is yet to be conducted, there was a clear indication of recognition and response to a particular image and this was often influenced by measurable factors. The results to date do appear to provide evidence that some patients were responding to the emojis.

Said George R Vaughan, one of the Directors at The Digital Line:

“The next step is to add the emoji images to tablets and have these mounted like pictures on the walls of a dementia unit in the hope that patients will interact with them. Each time the emoji is touched the event will be date and time stamped via a simple application and we can then look to see if there is a more universal set of measurable results.

“If we could identify with some degree of accuracy when people were feeling a certain way, it might help us understand and as a consequence, improve the care provided to them.

Over the coming months, TDL plans to introduce the project to a wider pool of subjects but if you would like more information on the Emotive Eye project or you would like to join this or one of our other current projects then please contact The Digital Line. 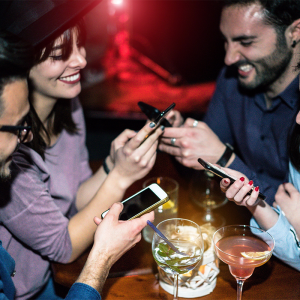 Pay Smart - Drop The Cash - For the first time, we have six different generational groups existing simultaneously – from...