April 29th, 2008 was a key turning point in the history of video games. On that day, British produced game, Grand Theft Auto IV became the most successful entertainment release in history. In a 24 hour period, the title had grossed over $310m (£157m) – more than history’s most successful book at the time (Harry Potter & The Deathly Hallows at $220m in 24 hours) and its most successful film (Spider-Man 3 at $117m).

Skip forward to January 2019 and the latest Entertainment Retailers Association (ERA) report confirms that the video games sector now accounts for more than half of the UK’s entire entertainment market, with the industry valued at £3.86bn ($4.85bn) – more than double where it stood in 2007. This makes it more lucrative than video and music combined.

Much of this success can be attributed to three games that were released in the run-up to Christmas: Fifa 19, Red Dead Redemption 2 and Call of Duty: Black Ops 4.

Chief executive of ERA, Kim Bayley said: “The games industry has been incredibly effective in taking advantage of the potential of digital technology to offer new and compelling forms of entertainment. Despite being the youngest of our three sectors, it is now by far the biggest.”

He added: “Growth has been fuelled by the dominance of free content and in-game monetisation, which expands the adoption of games but also removes the cap on spending for those gamers that are really engaged in the experiences.

“The flexibility of interactive content means it is unique in that it can be monetised in this way, which is an advantage over other forms of entertainment.”

So are we to assume that the traditional entertainment mechanisms are now finally on the decline?

We shouldn’t forget that in terms of sales revenue we are not measuring like for like with the average game costing over 4 times as much as a CD or DVD.

The major fact I take from this news story is that with streaming services like Netflix and Amazon Prime Video now dominating the home movie market (Netflix exclusive content is hardly ever released to DVD) and Spotify and iTunes doing the same with music, the bottom has fallen out of the physical market. Even at £10 a month, Netflix offers a wealth of film and TV content all for less than the price of a single Blu Ray.

What is perhaps far more interesting is the fact that 80% of those games’ sales (£3.09bn) were digital and the majority of the physical sales were again down to the same three games with Fifa 19, Red Dead Redemption 2 and Call of Duty: Black Ops 4 each selling more than one million physical units in the UK during 2018. This does beg the question of how long it will be before streaming in games overtakes ownership and what this is likely to do to the market in general.

As the world moves away from ownership to rental across more and more sectors, results like these once again highlight the continued challenge bricks and mortar retail is likely to have into 2019 and beyond. 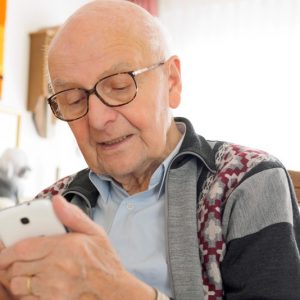 According to the Alzheimer’s Society, there are around 850,000 people in the UK with dementia. One in 14 people over 65 will...