Pay Smart – Drop The Cash – For the first time, we have six different generational groups existing simultaneously – from the Silent Generation right up to the emerging Generation Z. The advances of modern medicine have made this unprecedented state of existence possible but it brings previously unconsidered challenges as well as innumerable opportunities.

Each of these demographics has their own interests, expectations and demands and whilst they remain diverse, there is one unifying factor that makes where we stand as a society uniquely different to any that previously existed.

Technology is rapidly becoming the binding agent for humanity, regardless of age, gender, race or belief. From AI and Blockchain to VR and Z-Waves we are way beyond the tipping point and into a world that is becoming more and more connected with every passing day.

One area that clearly defines the modern consumer is the way we choose to pay. The evolution of this process has moved from cash to cheque to card to mobile in less than 40 years and is a key example of technology being able to simplify a process to the point that it almost becomes invisible. Anyone who has used Uber or a P2P app will know exactly what I mean.

The retail industry was quick to realise the potential of this and within the last few years – particularly with the rise of Contactless payments – cash has dramatically reduced on UK high streets. As if to reinforce this fact, a BBC report earlier this year (29/06/18) announced that cashpoints across Britain were closing at a rate of 300 per month.

However, certain sectors have been slow to follow suit and in a world where everything from information to goods and services is now delivered immediately, retaining a loyalty to cash is likely to hurt your business. Cash is expensive, more prone to error and theft and to many people just “so 20th century”.

The stadium and venue sector has been relatively slow in adopting card payments as the default transaction form and whilst some have looked to take an alternative route – closed-loop payments or cashless – giving customers more choice rather than less is the only way to guarantee happy visitors to your venues and crucially, returning visitors. When was the last time you visited a restaurant or supermarket to be told you can only settle your bill with cash or required a preloaded card to make your payment?

Additionally, people generally spend more when they pay by card. Its no coincidence studies show that card paying customer spend up to 83% more than cash-paying customers.

Right now, many venues are falling further behind and with more sophisticated apps, crypto-currencies and a whole host of new technology around the banking sector due to arrive in 2019, a failure to invest in “customer-familiar” methods of payment could have far-reaching effects. 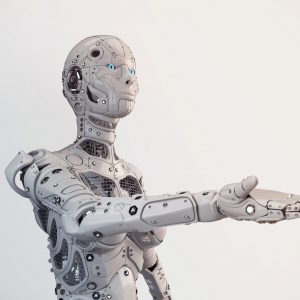 God is coming. I don’t mean it in any fanatical, religious sense but in the true meaning of the word as explained in the Oxford...