The Royal Garden Hotel has been working with The Digital Line (TDL) over the last few months to create a series of digital activations as part of a defined Digital Hub and we caught up with their owner, Julian Lindsell to find out a little more about how things have been going in this innovative care home.

Julian, thank you for your time. Can we start by sharing some background information on the home with our readers?

“We are a family-run independent residential care home. We offer holiday respite and convalescence stays as well as long term residential for low dependence elderly. We have been operating since 1991 when the hotel was built.”

So, what is the general make up of your residents?

“Our residents are on the whole independent living who just need some day to day support. Many of them have hearing and sight impairments the age range is between 80 and (at the moment) 103.”

Are you able to give our readers some insight into how you first started your relationship with TDL?

“I first heard about TDL after spotting a feature about their program of works in a national newspaper and decided to contact them as I felt we had something to offer in assisting with the development of elderly tech, especially as we had seen an increase in “tech Savvy” residents arriving with tablets and Netflix accounts.”

Can you give us a little context around how the residents have taken to using the various technologies now available to them?

“The biggest rollout has been around Alexa and this was first introduced into our top lounge, dining room and various residents’ rooms. Residents have gotten used to calling up their favourite lunchtime and afternoon and evening music in the communal areas. Some will sit and listen and some just like a bit of background music during their scrabble sessions.

“One resident who has particular sight issues is very excited that she can now just ask for her favourite composer or radio station without the hassle of trying to tune her radio or find a disc. She is amazed at the variety of music available at her fingertips (or in this case lips). Another resident is very much enjoying listening to audiobooks and the news updates. We have also been trialing the use of smart lighting linked to voice activation.”

There was also a large screen set up by TDL. Have you seen much interest in using this for specific video experiences?

We have mostly been using the Big Screen as a “Window” to the wonderful sights the world has to offer, showing You-tube videos of Drone footage over the countryside and head-cam walks in the woods. I ask the residents to challenge me to find something they would like and then try to get something set up One resident wanted to see horses and I found a 3hr loop. We enjoyed Christmassy themed Loops and the carols that were provided throughout December. I’ve also been able to find some old movies on request.

Some of the most exciting technologies we have been introducing are Virtual Reality and Augmented Reality. Can you give me some insight into how the residents have embraced the Looking Glass Memory Book AR program?

“This was great fun and widely appreciated but is clearly still a technology that is in its infancy. There’s no doubting the potential and it would be great if the movies could relate to a specific individual.”

In general, how have the residents been engaging with the tech?

“Some residents have totally got it and manage to use it independently. With Alexa for example, they know to retry the question when they don’t get the information they want. Some still need help when they get a bit stuck but generally, all the programs have been very well received.”

What benefits has all the technology demonstrated? 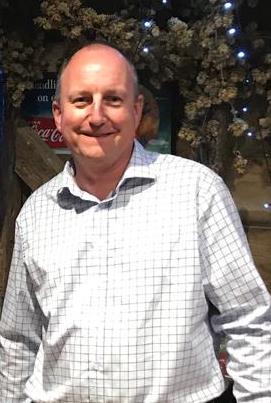 “For the most part, Alexa has been the most successful project as residents can use these independently. It has enabled those who use it to access news, music and information by simply asking for it and not needing to bother with complicated handsets and small dials.

“With the challenges around Covid-19, the wellbeing of our residents has become even more of a priority. Only this week we have started working on the “Show Me” Spaces video calling concept with TDL, which allows families of residents to connect using Amazon’s Alexa technology, so loved ones who are unable to visit each other can still stay in touch.

“It’s still early days but the feedback so far from both residents and family members has been very positive.”

Do you have any standout stories or users?

“We have two actually.

“One resident who has poor eyesight has been struggling to keep herself entertained whilst her husband watches the sport. She has a plethora of DAB and FM radios, light up magnifying glasses, etc all of which have become redundant as she now sits and chats with Alexa, listening to her favourite music and books. The fact that she was able to do this illustrates just how easy it is for this age group to adopt technology with very little training.

“Another resident asked me If I could find any old film about the heyday of international flight and air hostesses (which was her early career and the subject of two books she has written). I had managed to find, on You-tube, a 10-minute documentary about the day in the life of an air hostess, so invited her to watch.

“To my amazement, the documentary was made by the very airline that she worked for, she knew the hostess that it was following, “that’s Christine, she was from New Zealand,” she told me 2-mins before the narrator confirmed that very fact. She was also able to tell me where the aircraft was flying to just by seeing the flight map on the screen. The memories that this bought back could never have been managed with any other means. She was very emotional about the experience and it stayed with her, which was a very positive experience for everyone.

Would you recommend the Digital Hub and programs to other homes?
“Without question. We have seen a marked improvement to our resident’s well-being, and we are looking forward to the latest programs TDL are about to trial with us over the coming months. In light of the challenges that the world finds itself having to deal with around Covid-19, anything that can be delivered digitally, with minimal risk to residents has to be high on our list because their safety and comfort is the most important thing to us.” 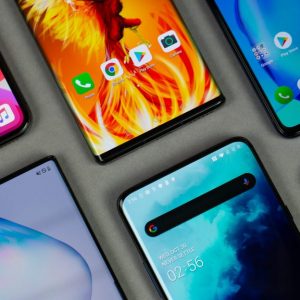 Sales of new phones have dropped in the biggest fall since the invention of the smartphone. Research firm Strategy Analytics...