Since the London 2012 Olympic games cycling in the UK has been on the rise and the figures below are testament to its growing popularity.

– Over half a million regular cyclists are women, an increase of 2% in the past 12 months.

– Frequent cycling among people with an impairment is now at 184,000.

For the serious cyclist there are a growing number of technology enhancements changing the shape of the sport and it takes a lot more than just a spare inner tube and a bicycle pump to satisfy these 21st Century enthusiasts.

The cycling retail space is an extremely competitive market. From online giants like Wiggle to bricks and mortar specialists, Sigma Sport, there’s a healthy competition to grab a share of the £1.3 billion market, much of which is now focused on cutting edge tech. Years ago even professional cyclists would jump on their bikes and just ride. Now you can’t leave your house without a GPS or power meter to aid your cycling.

GPS (global positioning system) has been around for over a decade now. However, in the last couple of years manufacturers have been improving their kit by integrating more sophisticated features to attract more data driven adopters.

Apps like Strava have turned cycling information into something competitive, social and meaningful. You can record and map your ride or routes and, once complete, analyse all sorts of interesting facts and figures. Best of all you can upload your efforts onto their platform and compete with other riders who have followed a similar route. It’s amazing how your normal morning commute can turn into a flat-out sprint as you pedal your way towards becoming the king or queen of the mountain!

Once you add in a few more tech devices, like a heart rate monitor or power meter, you unlock a wealth of information that takes you to the next level. Of course, just like anything in life, this type of kit comes with a hefty price tag and is normally only available to those with plenty of disposable income. As a guide, the power meter market starts from around £600 and can reach £3,000 for top of the line products.

With these devices you can start training plans based upon your personal outputs. A heart rate monitor is self-explanatory, helping you to train in bands depending on what sort of workout you are after, whereas devices like power meters measure your power output in watts. This allows a rider to turn a ride into a maths equation, meaning you can work out the number of calories you will burn so that you keep keep refuelled and maintain a given output without blowing up.

Of course, it’s not as easy as that, there’s training and pre-testing that the rider must go through, but you can certainly see the attraction this flourishing technology is bringing into modern cycling.

Other areas where technology is bringing new elements to life include the following:

When you cycle, you need to ensure that you take in the right balance of fluids. Trying to monitor them while focusing on the road ahead can be an additional challenge. Waiting until you feel thirsty means you’ve probably left it too late.

However, help is on hand in the form of the bioelectrical impedance vector analysis (BIVA) range of equipment, although it is not quite as portable as one would like. A small electrical current passes through the skin from one contact patch to another, telling you your hydration level and allowing you to react accordingly.

In the short term, “smart” water bottles exist that can communicate with your smart watches or phones, reminding you to drink regularly.

As any dedicated cyclist will tell you, one of the areas where cyclists can waste a great deal of energy is misdirecting it through their feet on the pedals. Some experts believe the solution could be at hand with force-torque pedals that can tell you just how many watts you’re wasting!

Although this research is still in the trial phase, it will only be a matter of time before commercial products make it onto the market.

The real areas that are likely to see significant development  won’t all be visible ones. More and more machinery will  hit the market with smart monitoring facilities, meaning that everything from your speed and power outputs will be assessed against things like heart rate and temperature.

Much the way gym technology currently measures your vital statistics on running machines or cross trainers through hand sensors,  the same clever techniques will be worked into the bike frames and handlebars.

Many of these statistics are currently monitored by power meters, GPS trackers and body monitors but they all require some form of battery to  function. Graphene circuits could change all of that and they are slowly making their way into the road bikes likely to hit stores over the coming months.

Of course, this is just the tip of the iceberg but whether you’re out to improve your health, beat the traffic, or compete professionally, technology is coming to market now that is likely to make all of those ambitions that little bit easier. 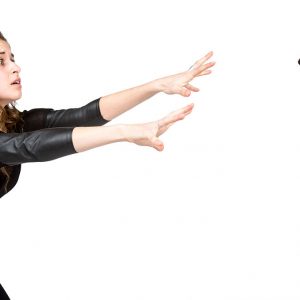 NO-MO(BILE) PHONE-PHOBIA (1) The fear of being out of phone signal range. (2) The anxiety relating to the sudden loss...