Whilst many people welcome the advent of technology in the workplace, there are just as many who remain concerned about the impact it will have on the job market.

Like it or not, change is coming and the “end-game” will deliver us into a world where very few – if any of us – remain actively employed.

The idea that we are moving towards a jobless society is the logical conclusion to a story that started unfolding back in the stone age. During that period the average life expectancy for anyone making it out of early childhood was somewhere in the mid-20s.

There were several factors behind this, including disease, hunger, predators and the natural elements that all conspired to ensure reaching your 30th birthday remained a rarity.

We’ve come a long way in the last 2000 years and as quality of life, modern medicine, the invention of tools and the advances of science all help extend this expectancy, western inhabitants now regularly live to 80 or beyond.

What will this deliver next? The logical progression will be to see the emergence of AI and machine learning make these tools more sophisticated and over time, switch more jobs from humans over to computers, which in turn should increase our life expectancy further and increase our quality of life.

But to reach this conclusion will still provide challenges. We’re used to inventing new technologies that, while displacing huge industries, have actually created a net increase in jobs. With AI, I believe we will start to see the rapid decline in the net job growth.

Today, there are over 4.5M people making a living from driving (trucks, Uber, cabs, transit etc) in the US alone. All these 4.5M people risk losing their jobs to a single invention, self-driving vehicles. And it doesn’t end there. If self-driving cars become a reality (likely), the question then becomes, why wouldn’t car manufacturers operate their own “Uber” service? It would likely increase their profits while people can reduce their auto-expenditures by not buying or leasing a car (assuming a society where self-drivers are common and readily available in cities). Such a vision will cause hundreds of thousands, if not millions, of people to lose their jobs in the extended auto-industry as the number of cars needed to be manufactured drastically reduces.

But this extends to more than just the automotive industry. If we then turn our attentions to other sectors, self-service machines are already entering McDonald’s locations across the globe, meaning less need for people behind the counter to take your orders. Paralegals and legal assistant are being replaced by AI’s trained in legal work and financial analysts are also in the firing line with an estimated 30% of banking sector jobs set to be lost in the next decade. 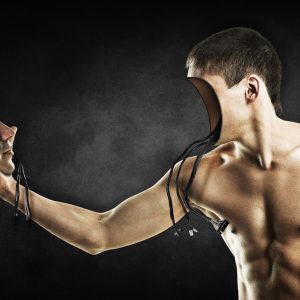 In other words, the amount of jobs being replaced is substantial and the trend is only going one way with the emergence of AGI – when machines start thinking, become creative and have an understanding of the value of the work they are doing.

In the past we pushed retraining of workers to get them into new industries. People who had never touched a computer were trained on computers to bring them into the era of computers. While that worked, today, with the number of workers being displaced, I am very sceptical to a retraining-centric strategy. There will simply be too many people to retrain and the new jobs will quickly become too complex for retraining. The question then becomes: what do we (society) do with people who are no longer qualified to work?

A stop gap for a while is the gig-economy. Uber, for example, has kept people who lost their jobs off welfare services in the US. Online marketplaces have enabled people to start their own small businesses. But even the gig-economy won’t handle the sheer volume of people expected to lose their jobs in the upcoming years. And a lot of the “jobs” in the gig-economy will themselves be lost to automation. The required capital expenditure will also slow down the huge job losses. Companies are not fond of investing large amount of capital on unproven technologies. But that will change.

That leaves politics. As I see it, one of the problems is people’s ability, or more accurately lack of ability, to look at the good picture. The “political system” of 10,000 years ago is far different than today. Even as recent as 50 years ago bears little resemblance. Politics evolve with times and need. And I don’t see anything special about this transformation. We need to evolve our society to support a jobless one. What that would look like in the future is anyone’s guess. Maybe it’s Star Trek’s monetary free society or something not yet realised. But in the meantime, I believe we need to explore some very progressive ideas. And that is where my fear is. Looking at the political shift across the western world, it is clearly shifting to the conservative side of politics. In the US alone welfare funding is down dramatically under Trump. In my opinion, an absolute crazy budget reduction before an expected explosive growth in unemployment.

If you look at the US election, Trump and the Republican Party gained a lot of support from displaced workers with a promise of “bringing jobs back”. Even in Europe you’re seeing immigrants becoming bigger political targets as lower-skilled jobs are being eliminated. The harsh reality is that there just aren’t any jobs to bring back and people need to face the unsettling truth that we need to rethink society.

There are a few ideas floating around regarding new political systems to support highly automated societies with high unemployment. My favourite idea (and I cannot recall who first proposed it) argues for increasing taxes on companies that replace humans with machines – not to punish the companies. The taxes should not wipe away the cost savings of replacing humans.

Instead, the concept is to start getting used to machines creating wealth and then having that wealth distributed to the people. That’s a scalable idea that can work today and work in the future when we’re closer to a jobless society. But this requires progressive thinking, and unfortunately, I’m worried we need to get through a phase where people can see first-hand that conservative ideas are not countering the societal changes caused by new technologies.

Only then may we move forward with progressive ideas.

Great post.
I’m also very interested in how this situation will develop.
Maybe UBI is the only (partial) solution? 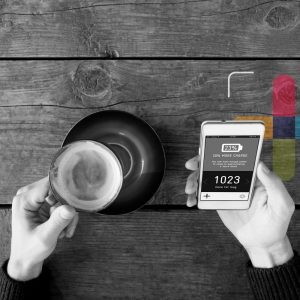 Charging Without Wires - Wireless charging is not a new phenomenon but with Apple’s entry into the wireless space, it is now likely...