Saudi Arabia granted citizenship to a technological pioneer; someone who has already been interviewed extensively by the media, with her remarks offering a glimpse into a future that no longer seems as far away. Her name is Sophia, and she is a robot, created by Hanson Robotics.

Soon after Sophia was offered “citizenship” activists quickly noted how a robot, not even a conscious being (by the human definition), has been offered more rights that the vast majority of Saudi Arabia’s women, who only recently gained the ability to drive. But perhaps Sophia’s notoriety further illustrates the problem of representation women face in all walks of society, and the realms of science and technology are no different whatsoever.

It is an issue that people such as Anne-Marie Imafidon have taken to combat. Anne-Marie co-founded and is the CEO of Stemettes, a social enterprise that aims to bring more women into science and technology. She conceived the idea for Stemettes after speaking at a conference for women in computing and realising the disparities between the number of women represented in technology.

“I looked back at my lectures of about 70 people and noticed only 3 of us were women,” Anne-Marie tells me when we meet. “It’s something I never really thought about before.”

Standing apart from the crowd is nothing new for Anne-Marie; from her early life, she was something of a child prodigy, with one of her first memories being a young child typing up the story of “Purple Riding Hood”.

Aged just 11, she became the youngest girl to pass A-Level Computing and was one of the youngest people to be awarded a Masters’ degree in Mathematics and Computer Science by the University of Oxford, when she was 20. While Anne-Marie initially didn’t acknowledge the problem of misrepresentation in technology, it is an issue countless women face in almost every sector.

“The traditional barriers can be summed up with social norms; something that is set from a very early age,” she remarks. “It’s the idea that if you’re a certain type of person, you don’t do certain things.”

It is a problem deeply entrenched within society, let alone just the tech community; Silicon Valley has always been a very difficult place for ambitious women to make their mark, with many firms coming under fire for continuing to hire “ambience models” to appear at their holiday parties.  It is these stereotypes of what the tech community should look like, coupled with an unawareness of the problem, that make it difficult to solve.

“Rather than attracting people who could aid progress within these sectors, you’re actually pushing them away.”

Anne-Marie sees the importance of women in the science and technology fields as imperative to the future of the industries and, ultimately, our advancement. With so much technology designed with men in mind, the plurality of voices in the tech industry is vital for thinking outside the box.

“This is why I’m committed to Stemettes,” Anne-Marie says. “Technology is a subject of growing importance, touching more and more lives, yet so much of it is orchestrated by one set of people to solve problems from their fixed perspective. Consequently, it misses out a vast swathe of society.

“The technology reflects a small section of society whereas it should reflect solutions that solve problems for all different parts of society.” 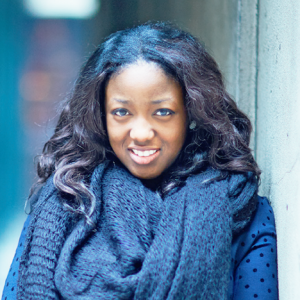 Anne-Marie believes Stemettes can shift these predetermined functions of the industry and reignite the spark of creativity within the sectors of science and technology.

“Technology is only a tool; you put whatever message/channel/problem into that vessel,” she reminds me. “Something [Stemettes] talks a lot about with girls is how we focus on technology being cool or helping us do things bigger, stronger and faster but the core of it is altruism and creativity; that’s what attracts people in the first place.

“By empowering people so they feel like they can access this space and create, we’ll have so many varied, incredible opportunities to solve a myriad of different problems.”

But as technology is used to solve problems deemed previously unsolvable, it is now creating problems previously inconceivable; we are, potentially, on the forefront of a major shift in the culture of work, the economic landscape and the capabilities of humans. So how do we ensure that this acceleration into the future doesn’t break our necks?

“Guns don’t kill people, it’s the people that have them that do it,” Anne-Marie says. “One area I’ve been working in is the future of work, and while there will be elements of your job that will be taken over by automation, there’s still going to be roles necessary for humans and new roles we never had previously.

“The most pressing issue is our ethics; there’s far too much technology built by those not thinking about different perspectives and consequences of said technology. As a society, if we’re not as digitally literate, we’re not in a position to understand what we’re doing. You don’t have to be a top-tier Python developer but we need to have an understanding behind the technology.”

If you would like to know more about Anne Marie Imafidon and Stemettes then visit her website here. 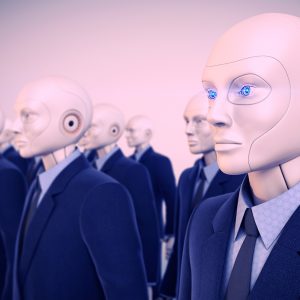 The Jobless Society of the Future Whilst many people welcome the advent of technology in the workplace, there are just...