An increase of people riding electric scooters on the streets has raised the question of whether they are now being considered as the next sustainable means of modern, eco-friendly transport or simply another societal fad that might cause more problems than they solve.

In the UK, it is illegal to ride an e-scooter – or a Segway, Go-Ped or powered unicycle – on public roads and pavements as they are not considered to be roadworthy vehicles (Presently they can only be used on private land).  Yet millions of people ride them in cities across Europe and the US, and growing numbers of e-scooters have been sold in the UK, prompting the government to review the law.

As sustainability becomes one of the main priorities for many European cities there are lots of initiatives targeted on cutting emissions and encouraging citizens towards more alternative, sustainable methods of transport.

Electric scooters are designed to make our lives better, but do the benefits outlay the pitfalls?

No Emissions – Electric scooters are certainly eco-friendly and emission-free in comparison to motorcycles and cars, making us feel good about contributing to a better future of the planet.

Money saving – They are fast and easy to charge at home and they consume very little electricity.

Minimal storage space – It takes moments to fold your device for storage at home or work as well as mobility if you’re planning on continuing your journey on a train or bus.

Reduce the chance of theft – Bicycles get stolen every day and no lock system is effective enough to prevent it. In comparison, electric scooters are foldable and very compact, meaning you do not need to risk leaving it outside, you just fold it and bring it with you at your journeys end.

Reduced pressure on public transportation systems – What most cities agree with is that e-scooters, electric bikes, and pedal bikes, whether docked or dockless, are viable solutions to help alleviate traffic congestion.

Avoid traffic jams and delays – There is nothing more frustrating than your day being controlled by traffic and other commuters. Like cyclists, with a scooter you do have more freedom on the road, allowing you to arrive at your destination fresh and energised.

No dress code – There is no chance of creasing your clothes as you travel in an upright position on your scooter, making this form of transport pretty business-wear compatible.

With a host of bonuses come some pitfalls too:

Accidents will inevitably occur – As with any mode of transport there is an element of danger when you are amongst millions of other commuters using a variety of different modes of travel.

Encouraging law breaking – European countries are finding that scooters are bringing with them a rise in “drink-riders”. Copenhagen police are stopping e-scooter riders on suspicion of riding while over the legal alcohol limit, as well as some forms of narcotic intoxication. Those caught can be fined up to 2,000 kroner (£240). 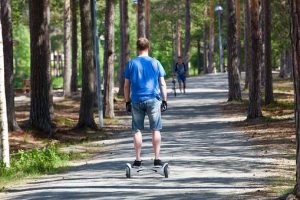 In the UK, the use of e-scooters remains illegal on both roads and pavements – despite the rise in models for sale in shops – As we are aware, the e-scooter trade is flourishing. Halfords has 15 models available in the “kids zone” on its website. Argos has 23, also marketed as toys with designs from Trolls, Star Wars and Jurassic World. Ministers are in a bind, under pressure to liberalise or be left behind, while also wanting to enforce the law to prevent tragedies following the death of TV presenter Emily Hartridge, who was tragically killed in a collision with a lorry while riding an electric scooter.

If you are riding a privately-owned electric scooter you could face an on-the-spot penalty of £300 and six points on your driving licence.

As with any laws there is a “pressing need for the government to provide clarity and guidance” on e-scooters. There was a proposed electric scooter trial for rental scooters set to begin on 4 July, however, you have to be aged 16 or over and hold either a provisional or full UK driver’s license and these rental models must only be ridden on the road.

While wearing a helmet is recommended when riding an electric scooter, it’s not mandatory.

Lane upgrades – With the growing popularity of e scooters the government will be forced to modify our bike lanes to keep e-scooter riders and bike riders safe whilst also keeping enough sidewalk space for pedestrians.

Regulations are continually being reviewed, so watch this space!

The growing popularity of high-end electric scooters in the UK – Fashion, Luxury, and Travel

[…] spite of the existing UK regulations around electric powered scooters, however, market here remains buoyant . Since April personal sales have increased with a whopping 134 per cent – and we can expect to […] 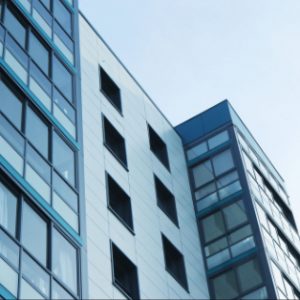 Improving the Office Environment with Airdri Real People talk to us about their challenges post lockdown Teaching Hospital...