Robot Wars – When I read the recent article on the BBC website claiming “More than 100 leading robotics experts were urging the UN to take action in order to prevent the development of ‘killer robots’”, my thoughts were immediately drawn to a scene from the 80s sci-fi classic, Robocop.

In it, OCP senior president, Dick Jones, unveils the ED-209 enforcement droid but the demonstration goes horribly wrong when the unit malfunctions and gruesomely kills an employee.

Back in those days this scenario seemed completely out of place in the real world but fast forward 30 years and suddenly it sits quite comfortably on an agenda of concerns in the rapidly developing world of robotics.

The letter, sent to artificial intelligence (AI) leaders, including the ubiquitous Elon Musk, warns of “a third revolution in warfare” and the dangers of “lethal autonomous” technology opening a potential “Pandora’s Box” to the detriment of humanity.

Their recommendation was for a ban on the use of AI in managing weaponry.

The letter goes on to say, “Once developed, they will permit armed conflict to be fought at a scale greater than ever, and at timescales faster than humans can comprehend.

“These can be weapons of terror, weapons that despots and terrorists use against innocent populations, and weapons hacked to behave in undesirable ways,” it adds.

They conclude with a stark warning that time is running out and we do not have long to act before the ability may be taken out of our hands completely.

“Once this Pandora’s Box is opened, it will be hard to close.”

Experts have labelled this technology “morally wrong” and are asking for it to be added to the list of weapons banned under the UN Convention on Certain Conventional Weapons (CCW).

A potential ban on the development of “killer robot” technology has previously been discussed by UN committees.

This isn’t the first time such a communication has been sent to the UN either. Back in 2015, more than 1000 tech experts, signed a similar letter warning of the dangers from autonomous weaponry. Signatories included Stephen Hawking, Steve Wozniak and Elon Musk.

The words “Killer Robot” might evoke images of Terminators and Transformers but the phrase actually refers to any fully autonomous weapon that can select and attack targets without the need for human intervention. It’s a scary thought – especially when one considers what a system malfunction might look like!

Suddenly that scene from Robocop doesn’t seem so far-fetched.

The arguments on both sides of this debate are plausible and intelligently put but my own thoughts lead me to believe we could be closer to the precipice than we realise. And as other, far more qualified individuals than me have already implied, once you jump all bets are off.

It’s also worth noting that very basic autonomous weapons are already in use, with Samsung’s SGR-A1 sentry gun capable of firing without a human finger on the trigger. Developed on behalf of the South Korean government, it is believed to be capable of performing surveillance, voice-recognition, tracking and firing with a mounted machine gun or even grenade launchers.

And this is just the tip of the iceberg.

Fighter jets, robotic tanks and autonomous warships are all either in development or ready to be launched in the next few years.

The US Navy employ the AEGIS ship-based missile and aircraft-defence system and it is already capable of engaging approaching planes or missiles without any human intervention.  Drone technology developed in Israel can already patrol an area searching for radar signals and if it detects one, it is programmed to automatically dive-bomb the signal’s source. Known as ‘Harpy’, manufacturer Israeli Aerospace Industries markets the drone as a “’Fire and Forget autonomous weapon.”

So, do we need to be afraid or should we simply embrace this new dawn of warfare?

As technology gains more of a foothold on the battlefield, it will lead to less human involvement, resulting in potentially fewer human fatalities. Science fiction has already envisaged it but the time will come when future battles are fought exclusively between two sets of opposing robots.

The balance will be driven – as everything ultimately is in life – by commercial might. The country with the most money will create the most war machines and there could be a scenario that pits one poorer country – with its army of traditional, human soldiers – against a superior force made up entirely of robots.

And if we fast-forward to the day that a fully working, moving, AI-driven, robot soldier takes up arms against a human, well at that point we’ve jumped off that cliff edge, we’re falling at speed and there will be no going back. 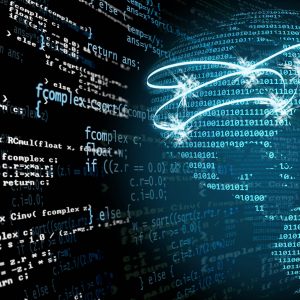 There are often hysterical concerns being propagated in the general media about A.I. and the rise of intelligent robotics...