There are often hysterical concerns being propagated in the general media about A.I. and the rise of intelligent robotics that will eventually spell the end for the human race but that scenario, if at all plausible to start with, remains decades, perhaps even centuries away.

Before something like that could happen (and I want to reiterate my scepticism as to whether it ever will) several layers of social and technological preparation are required and although some of these are already underway, we are not too far down the road yet that we cannot implement the necessary failsafe mechanisms to protect our future.

As I see it, part of the problem is that we are so focused on the “apocalypse scenario” this pursuit of technology could spawn that we have taken our eye off the process behind it. We are debating the “robotic monster” that will destroy us even as we plant the seeds that are slowly bringing this beast to life.

But before we point the finger of blame towards any one group, let’s not forget that we have let it happen.

Tech giants like Google, Facebook, Amazon, Apple, Microsoft, IBM and Intel are all involved in a fight for control of our information and like the native Americans who were manipulated into giving up their land for alcohol and firearms centuries ago, I believe we too have surrendered our most valuable assets for the 21st century equivalents of meaningless baubles.

Provide me with your personal details and I will allow you to play your music on the move.

Tell me about yourself and I will give you access to connectivity wherever you may be.

Give me insight to yourself and the world of social media is yours to explore. I will be able to watch where you go and see what you do, know who you know and understand what you like, buy and what interests you but I won’t abuse that knowledge.

Plug in and stay plugged in.

This is the corporate dream and despite the constant assurances that their endeavours are all about giving us more time to do the things that matter, they remain driven by one goal.

We should never forget that all the major tech players are businesses and the sole aim of any business is to make money.

It may very well say “human interest” on the bottle but take a sniff of what’s inside and it’s the unmistakable scent of the corporate machine.

Now before any progressives reading this dismiss me as a philistine and technophobe, let me say quite stridently that I get it. I get all of it. Change is good and we have survived as a race because we have been able to adapt to the environment about us. Acceptance of the facts doesn’t make them any more palatable but it does help focus the mind.

And that isn’t to say much of the work being done won’t bring improvements to society it’s just that we need to temper what we are giving out against what we are getting back in return.

Which brings me around to the real individuals we should be wary of.

Mining is back in vogue.

Of course, I’m not talking gold, diamonds or oil. The mining that is set to have the most impact on us in the future is all about data. Data scientists are now the category of individual that will arguably have the most significant influence on the path many of the big corporations battling it out in this space will take.

If we are concerned about losing our jobs, in the first instance it won’t be the robots that take them, it won’t even be big business. No, in most cases it will be the data scientists who propose the ideas behind A.I. and my biggest worry here is whether their choices will be driven by what is right or simply what they feel is better – commercially better – for them and their paymasters?

Equally, the journey they are so excited to take us on is a very singular one. We are always told we have a choice but is it a viable one? If you want to sit at the tech table, the price of admission is your individuality. To board this train, you don’t just need a ticket, you need to surrender information that will stay in the repositories of faceless organisations forever. To progress you need to pay with a currency that commits you for life, perhaps even extending to your family and descendants.

Now isn’t that non-negotiable point of view what we should really be worried about – especially since it is coming not from a machine but a man? 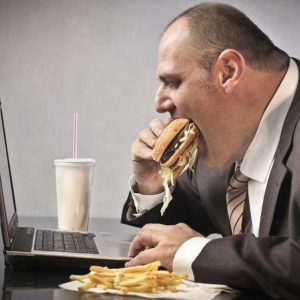 In an interview with the Observer newspaper, the children’s commissioner Anne Longfield has gone on record to criticise...