All I want for Christmas is online ordering…

All I want for Christmas is online ordering…

Two in three of us are apparently suffering from pressure to buy the right gift for family and friends four in ten of us are desperately worrying about getting it right for loved ones this Christmas.

Some experts claim this is all because we are inundated with social media shopping emails and that we have lost the joy of giving.

Gumtree’s recent study of 2,000 UK adults found that UK shoppers spend most on their partners, with an average of £147, and on their children, with £145.

For someone office bound, with a big family to buy for and busily working in the run up to Christmas, I can’t imagine how I coped before I could shop online and I can tell you the Amazon packages are certainly stacked up in our mailroom.

The Centre for Retail Research forecast says Christmas 2017 is likely to be better than many expected, with UK spending on Christmas gifts expected to rise from £240.41 to £243.77.

Retailers have been discounting everywhere and the November Black Friday-Cyber Monday weekend stretched to more like ten days.

Black Friday became more of an online phenomenon, however, with the Centre for Retail Research estimating physical stores’ UK sales falling by 2.5% this year, a continuing trend since the recession of 2008.

Compared to several previous Christmases, there were less shoppers in cities and many less in smaller retail centres accentuated after retailers reduced prices, with shoppers waiting to see if items might get cheaper the following week. Ten years ago, reducing prices before Christmas was seen as evidence of a retailer in trouble, now everyone does it.

The Centre for Retail Research says that this Christmas will prove to be increasingly mobile as shoppers order goods online or reserve them to pick up in store using their smartphones.

Amazon hit on a new idea with their Treasure Truck, which went live in London taking a selection of products out on the road, some of them deals, others limited-edition items solely for distribution via the truck. This roaming click-and-collect point saw shoppers placing orders via the Amazon app, and then picking up from the truck at a set time and location. Yet another way to bridge the retail gap, a roving click-and-collect station.

And if you thought you had come across every gift option – think again.  Uber have been promoting gift cards which can be used for rides and Uber Eats. Uber users can tap ‘Send a Gift’ into the menu, or pick up a gift card in their local Tesco or Sainsbury’s. Ah well, we’ll all be able to get home from the New Year parties! 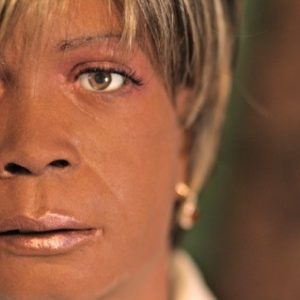 Bruce Duncan Introduces Bina48 The Terasem Movement is a group of three organisations based in the US and founded by Martine...