Schizophrenia affects more than 20 million people across the world many can’t work or live in meaningful relationships.

A terrifying aspect of schizophrenia is the type of hallucinations suffered and the frightening negative voices that control people. Around two thirds two of schizophrenia sufferers experience these voices speaking to them, bullying, insulting and threatening them.

Anti-psychotic drugs can help to an extent but it’s estimated that at least one in four patients still hear voices despite being on drugs, sometimes for years.

Now, these disembodied voices could be losing their power as King’s College London and University College London have developed a way of creating a computer avatar with a voice like the dominant one a patient has been hearing and a face they believe fits the controlling persona.

Confronting this avatar on screen helped patients to cope better with their hallucinations, they suffered less distress and heard the voices less.

Patients who received this therapy became less distressed and heard voices less often compared with those who had counselling instead.

With 150 patients involved in the study’s trial, following a smaller pilot study in 2013, results published in The Lancet Psychiatry journal compared 75 patients who had heard voices for more than a year and were given avatar therapy with 75 who received the same amount of counselling.

Of the 75 who underwent avatar therapy, seven completely stopped hearing their voices. In the whole group, there were really large and significant decreases in the amount of distress people felt in relation to their voices, the number of times a day they heard them and the extent to which they felt overpowered by them, said the study’s lead author Tom Craig of King’s College London.

The new treatment helps schizophrenia sufferers confront their disembodied bullying voices, and learn to dominate them.

A therapist helps the patient create a digital computer simulation, or avatar, of the main voice affecting them—copying what it says, the pitch and tone and creating what they imagined its face would look like.

The patient then confronts their tormenter, with guidance from the therapist who is in another room using a microphone to talk to the patient over the computer speakers, as well as voicing the avatar’s on-screen haranguing.

In a video demonstrating the method, Craig helps a woman as she talks to her avatar. The patient learns to become more assertive and the avatar starts losing ground until it acknowledges the patient’s strength.

“The whole experience changes from something that’s very frightening to something that’s much more in the person’s control,” says Craig, who believes that in time using avatars could become a standard part of psychological treatments for voice-hearers in psychosis. 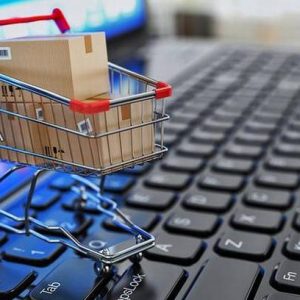 All I want for Christmas is online ordering... Two in three of us are apparently suffering from pressure to buy the right...