The Terasem Movement is a group of three organisations based in the US and founded by Martine Rothblatt and Bina Aspen Rothblatt. We talked to the organisation’s Managing Director, Bruce Duncan about their ground-breaking work on android Bina48.

Outside of humanity’s constant battle to understand and overcome death, we all seek to leave a legacy or memory of ourselves for our descendants. Perhaps the motivation is to ensure that we won’t be forgotten after we pass away or that we can continue to impart knowledge and information to our loved ones when we have gone.

Historically we used writing to achieve this aim and then later, other forms such as pictures and video. However, this approach has always been a two-dimensional, non-interactive experience. I can see the photograph of my deceased father but I cannot do anything else with it outside of attaching it to a memory or a moment from my past.

This is where The Terasem Movement – founded by Martine Rothblatt and Bina Aspen Rothblatt – offers up an interesting proposition. Over the last decade, digital elements of Bina Aspen’s personality have been uploaded in a mind file and that mind file has been installed into an android named Bina48.

Managing Director, Bruce Duncan has led this work for the last 10 years, as part of the wider Lifenaut Project, which seeks to explore cyber-consciousness through the mechanism of mind uploading experiments.

For the first time, we sit on the fringes of a new form of evolution that could see elements of human thought and personality transcend death with AI and robotic enhancements. 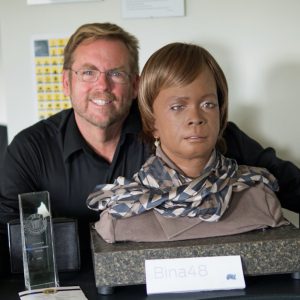 I spoke to Bruce Duncan from his home in Vermont, New England to get an understanding of this new technology, which conjured feelings of both fascination and fear in me. Was it just a fantastic pipe dream or are there actual kernels of fact in what seemed like a project right out of the Terminator?

“The Terasem Movement Foundation is the brainchild of Martine Rothblatt,” Bruce informs me as we begin our conversation.

Martine was recently described by Forbes magazine as one of the Top 100 Greatest Living Business Minds of the past 100 years and has achieved global recognition for much of her work over the last 3 decades.

“Terasem is an educational, non-profit research foundation that is privately owned and I have been managing since 2006.

“The organisation is seeking to upload a human mind and then transfer it to another form such as a computer or android but we see this as a multi-decade project. To this aim, we sampled from Martine’s partner, Bina Aspen through an initial series of interviews that spanned over 40 hours.”

How did Bina48 first come about?

“We are looking to offer a way to improve and extend human life through technology. The intention is to create a legacy and perhaps eventually change our definition of the self. Biology means the physical passes on but if we have a reservoir of data on each person that has already been uploaded to a robotic device, it would then allow aspects of that person to continue through AI.

“If we then develop a system of self-awareness we could make an evolutionary step that sees biology merging with technology, raising humanity to the next level.”

It is an interesting concept and could feasibly mean that the father I knew up until his death might develop through an android and its new experiences into someone completely different on the next phase of his evolution. So how has Bina48 changed since she made her first appearance?

“Six years is a long time in AI but we have seen great strides since Bina48 first appeared in 2010. As part of a planned upgrade in 2018, we will be adding new information from the life of Bina Aspen to more fully develop her public persona and inner self. For example, we plan to gather and upload more information about her identity and memories so that she can begin to discuss the experiences of being a black woman living in the US today.

“From there we will explore the possibility of self-learning and then begin to truly absorb and make judgments based on her environment and experiences. AI is rapidly moving towards deep learning, using neural net architecture. Presently it is a time-consuming exercise around data sets but this will quickly change. Google, Apple and Microsoft are all probably investigating this area now.”

There is no doubt that the big players will continue to develop this technology at pace but where does he feel the key benefits will appear in both the short and long term?

“Short term, there will be more of a rich legacy via the digital medium. People will start to make their own mark on history and subsequently pass that onto family, historians and social sciences.

“In the long-term, I feel that healthcare could be a key area where this technology could help, especially with illnesses such as Alzheimer’s.” 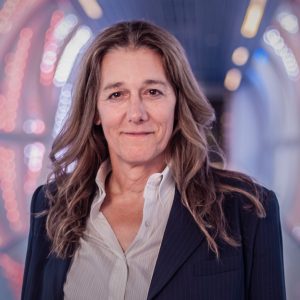 AI and robotics, along with machine learning and data harvesting, are the hot topics of the decade. What changes does he see them bringing to our lives over the next 10 years?

“As we continue to develop AI there could be a point when it reaches a level of complexity that we won’t be able to understand. As an example, when I was a kid, if the car I was driving happened to breakdown I understood enough about what was under the hood to allow me to fix it. Today, modern vehicles run with a computer brain and repairing them sits beyond most humans without the aid of some assisted technology.

“In the same way, the job market will alter dramatically over the next 10 years and as some jobs become replaced by machines, other jobs will be created.

“The likelihood is that there will not be jobs for everyone and then the responsibility falls upon government and education to address this. Perhaps the much discussed, universal basic income will provide one solution.”

Does he see any other benefits or challenges as these new technologies expand?

“I believe the biggest benefit will be to extend our consciousness beyond our current boundaries, with a view to conquering death, making it optional.

“The single biggest challenge could be to embed and develop AI in a way that reflects human wisdom, empathy, and compassion as well as emotional intelligence. Ideally, we need to learn more about how we live and operate and what makes us humans so this can be applied to AI.

“We also need to ensure that we do not pass on bigotry or bias into AI. Many current, developing processes are not transparent and they are propriety with little democratic access or accountability, usually because they don’t fully understand the data.”

Where do you believe your company will be in the next 5 years?

“Our long-term vision is to continue exploring the question of whether it is possible to capture enough salient information about personal consciousness so that it can be reanimated into a “good enough” approximation of the original mind. If this becomes achievable, can it then be transferred to new forms – similar to a robot like Bina48? 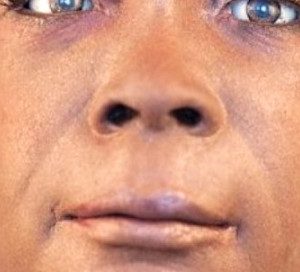 “Key to this goal is to develop a form of artificial intelligence software called “mindware” or an OS for a “mindfile”, a form of A.I. consciousness that includes self-awareness. For Bina48 specifically, we want to make her more interactive. It would certainly make her and others like her far better companions and could, for instance, assist in reducing social isolation and loneliness.

“We already project our feelings and emotions into cars and art and pets so robots are really no different. We may even prefer their company.”

It certainly doesn’t seem a big leap of faith, especially when one accepts how past and current technology aids us in every aspect of life. Tomorrow’s robot is yesterday’s home computer and today’s smartphone. The evolution from a handset to a more human interface is just around the corner.

And as Bruce was keen to impress upon me, whilst technology has its detractors, the benefits to us as humans could be immeasurable.

“AI may be able to collaborate to help us solve some of the world’s most intractable issues such as climate change, poverty, wars and medicine. It should also help us address the obvious gender disparity that exists in technology now.

“We need to educate girls through STEM education, hold business and public government accountable – across all areas, not just technology – and ensure that women, as well as people of colour and the full continuum of cultural and sexual orientations, are fairly represented in this new world we are moving towards.

“We also need to listen to the sceptics not ignore them because no one should be sold on a concept without first properly assessing it and the social impact it might have.

“I see A.I. technology to be a little like fire. Flames can heat as well as burn and destroy. It is critical to develop good regulations and social policies that challenges us to build A.I. software that integrates diverse points of view, includes ethics and is transparent as to how it works and the kind of data it uses in its algorithms”

If you would like more information on The Terasem Movement or Bina48 then visit www.Lifenaut.com. 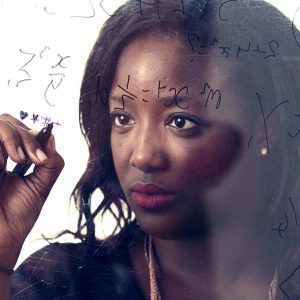 Anne-Marie Imafidon – Math Magician Saudi Arabia granted citizenship to a technological pioneer; someone who has already...