Tech Titles at the Met

There’s nothing like a live event to really bring home the power and passion of your favourite music.

As a huge fan of classical music I was excited by the opportunity of visiting The Metropolitan Opera in New York and also quite surprised to discover that even in the traditional world of Arias and Sopranos, there is a growing element of technology creeping into proceedings.

The Metropolitan Opera is the US home for some of the most creative and talented artists in opera from around the globe.

Founded in 1883, with the first opera house built on Broadway by a group of wealthy businessmen who wanted a theatre of their own, the company eventually agreed on a standard of performing all works in the original language they were written (with a few notable exceptions).

Today, the Met stages more than 200 operas in New York and enjoys an audience of over 800,000 people during the season, with millions of others able to share in the experience through the Met’s distribution initiatives and state-of-the-art technology.

One such technology I was interested in – The MetTitles Translator – was shown to be during a rehearsal session by my guide for the afternoon, James Blumenfeld, Property Master at The Met.

James is a larger than life figure with a long history at The Met and a colourful personality that fits rather well with the grandeur of the establishment.

“I have quite a large number of staff – almost 40 – who report through to me and my role encompasses a number of areas, all of them essential to ensuring the show runs successfully. That can be anything from the audience seats to the hand props.

“And the MetTitles Translator is something that has been popular with our visitors, although it has been running for some time,” he goes onto explain.

Every spot in the opera house is fitted with a small, individual screen at the back of each seat, which features subtitles in multiple languages, making it very simple for audiences to follow the onstage action, regardless of the language the performers are singing in.

“It’s such a simple idea,” James continues enthusiastically. “But the best ideas often are!”

The $2.7 million project was actually conceived many years ago and was unveiled for a season opening performance of Verdi’s “Otello” with Placido Domingo.

Numbering just under 4,000 8×2 inch computerised screens, it allows the service to be delivered to every seat holder as well as those in the standing areas.

Installing modern technology into a building that is almost 150 years old brings a huge number of challenges and there were difficulties in initially hooking up the electrical wiring, which was eventually laid under the floor and required a large amount of drilling!

Outside of the installation challenges, there were also the needs of the audience that had to be considered; many watching would not want to use the system and it could even be viewed as a distraction both to those in the same row and also those behind. Fortunately, the Met took the smart decision of ensuring that the displays were designed so that you cannot view the titles on adjacent screens. Additionally, an infrared sensor has been installed under every seat so if a person leaves a seat without turning off the display, it automatically turns off. Equally, the brightness of the Met Titles display is adjusted according to the environment so if there is a bright scene, the display lights will be brightened to make the text more visible.

The screens themselves all use capital letters only to provide better clarity and the output is as simple as possible.

Having seen it in operation I was impressed by the simplicity of the system but also the breadth of the solution it delivers. 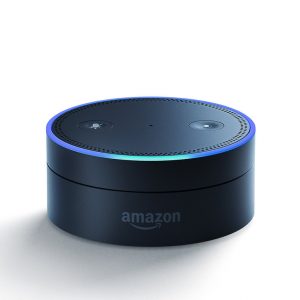 Bizarrely Amazon has just recommended that I buy a pack of Chinese New Year paper lanterns and five litres of Chubby mealworms. ...