Technology often gets a bad rap.

Robots on the verge of stealing all our jobs, social media obsession rampant amongst the under 25s and smartphone dependency now second only to breathing, you’d be forgiven for thinking that the world was teetering on the edge of the apocalypse!

Thankfully, there are still some good news stories to be found, even though the majority often pass by unnoticed.

There’s a salutary lesson for anyone involved in water sports, especially in shark infested waters, from kite surfer John Zilles.

John crashed his hydrofoil and was stuck near a great white shark nursery  more than a kilometre and a half offshore near Ventura, California.

Becalmed and unable to get himself out of trouble, he summoned help with his Apple Watch.

In a wipeout, the hydrofoil slid away from him and he couldn’t get it to fly again, so after trying desperately for 20 minutes to get his kite up, he began swimming.

He checked his Apple Watch and had a strong signal, so called his kids to say he was swimming to shore, and asked for the number of the Coast Guard, just as a precaution.

After swimming for half an hour, and with another hour and a half of swimming, and a strong current he wasn’t making much headway, but maybe the sharks were?

Remembering great white sightings around where he was, John was getting freaked out and decided to call Harbour Patrol.

They sent a boat out and asked John to call them when he sighted it. Quarter of an hour later he saw their boat heading the wrong way.

“I called and asked them to turn 90 degrees and go 400 yards forward – and they found me straight away,” said John, who later got in touch with Apple Chief Tim Cook who replied, “Wow! Happy to hear you are safe”. 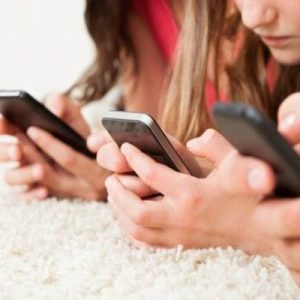