Corrina McCann – To Infinity and Beyond 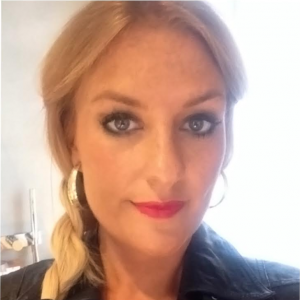 VR is the next technology frontier. Research firm IDC estimates that by 2020 over a billion people globally will regularly access AR and VR content. Entrepreneur Corrina McCann is the founder of Infinite 360, one of the leading technology companies working exclusively in this emerging medium. Wemet up with her to get a unique insight into what she believes will be a pivotal year for the industry.

In late 2015, market research and consulting firm Tractica estimated that consumer spending on virtual reality hardware and software could reach $21.8 billion by 2020. In 2016 research firm IDC predicted that 30% of consumer-facing companies in the Forbes Global 2000 will experiment with AR and VR as part of their marketing efforts in 2017.

In the last twelve months, we have seen virtual reality headset releases from Samsung, HTC, Oculus Rift and Sony all hit the consumer market and there’s no sign of that letting up with Microsoft, Acer, Asus, Dell, HP and Lenovo likely to follow suit over the course of the coming year.

And let’s not forget the elephant in the VR room that is Apple.

Still it’s never the hardware that sells a concept but the software and though the initial release slate for VR was dominated by technical demos and poorly designed games, the early adopters are finally being rewarded by a new breed of truly immersive and original content.

Entrepreneur and Infinite 360 founder, Corrina McCann, is a businesswoman with a vision that not only sets her aside from the crowd but is a shot in the arm for a sector that is still sorely lacking in female talent.

“It’s not as if women are ignorant about technology,” she explains. “If anything they now command a healthy share of the internet traffic and certainly spend more time on smartphones then their male equivalents. And if you want to know what is really going to drive VR to the masses you need look no further than your handsets.

“Despite the plethora of high-end headsets now available, 98% of all VR content is driven by mobile devices and as the battery life improves so the content delivery will become more complex and significantly longer.” 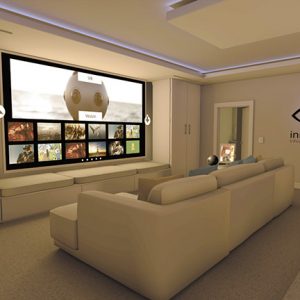 Corinna has always been fascinated by technology, even when it was less fashionable among women.

“I could see the way the market was moving and that was why I decided to start Infinite 360 five years ago. My background in film and production provided a good foundation for this next phase of entertainment and one of the early projects I was keen to progress was an idea called Infinity House.

“This is a concept that’s very close to my heart and we are due to launch it in February. It represents something I feel could be a unique proposition for business and consumer use alike.”

Infinity House is a virtual recreational area that Corinna describes as “The VR equivalent of Netflix, substituting a movie library with an extensive selection of hand-picked, virtual reality experiences.

“I can imagine this being part of a virtual recreation area in a large corporation,” she says. “I want it to offer staff the opportunity to escape to an experience of their choice. The lunch break as we know it may cease to exist! Rather than a sandwich at PRET you could be whisked away to a far-flung beach or face a hair-raising ride on a roller coaster. The possibilities are ‘virtually’ limitless.

“I want Infinity House to be the benchmark for virtual reality but this only forms part of what we can offer here at Infinite 360.”

The company has been involved with many high-profile productions for companies including The John Terry Football Academy, SEAT, Morgan Stanley, X-Men Apocalypse, Uber and Mark Ronson.

“VR is a multi-faceted delivery system and key areas we are looking to explore further are health and education. We are currently developing something with Kings College Hospital that I can’t say too much about but is turning into a very exciting project.

“For children, especially those with learning difficulties, VR is the perfect teacher. I have seen first-hand the improvements it can bring and because the very young absorb so much they are instinctively drawn to the medium and actually start learning right before your eyes.”

So does she believe VR will be the next big technology explosion, or is there a chance it could become the next 3D?

“I don’t think there is any chance of that happening. 3D never fulfilled its promise but VR is a completely different proposition and it’s happening now. For starters, it is immersive. In most cases the first time a person puts on that headset you can see the impact it has. Companies from every sector of industry are rushing to embrace this market and there are literally billions of dollars pouring into development programmes. I think 2017 is going to be the year VR goes mainstream.

“What it offers people is the chance to go places they can’t ordinarily get to. Whether it’s backstage on the latest Coldplay tour hanging out with the band, or standing on the pitch at Wembley, soaking up the atmosphere with the national team as they prepare for kick off, we want to offer people the chance to walk on new worlds or follow in the footsteps of their idols.” 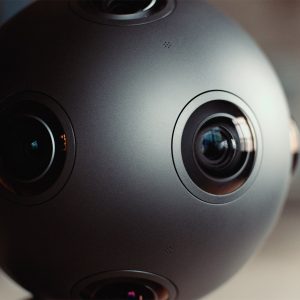 Corrina McCann is passionate about ensuring that Infinite 360 remains at the forefront of VR development and is keen for more young women to take up careers in this new business environment.

“We regularly bring interns in – often students from a film and journalism background – and it’s that energy and ambition that helps to drive our vision. While it is ability that ultimately dictates who gets a position, we need to do more to encourage female role models and bring young women into this business.”

Running a company that deals with bleeding edge technology must be demanding work?

“I don’t see something I enjoy as work. It’s more like an endeavour of love and, because every day there is a potentially new development, you never know what to expect. You couldn’t ask for anything more exciting than that!”

Virtual reality is at a defining moment in the evolution of technology and the impact of the experience is life-changing. They say you never forget your first time and for the sceptics who still see virtual reality as a frivolous form of escapism I would suggest they try it. The path of opportunity extends so much further than gaming, and spills into almost every  area of life. If you can live it, you can replicate it, and when you replicate it you can learn and improve on it.

Imagine giving a bed-bound patient the opportunity to fly across the Grand Canyon or a classroom of medical students the ability to experience a detailed surgical procedure from halfway across the world. Or how about finding yourself at the wheel of a Formula One race car, or in the box seat at the Champion’s League final. Imagine no more. VR makes it all possible.

The future is  here and now and it’s there for those who have the courage to embrace it.

The Rise of E-Sports 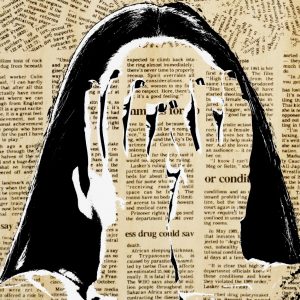 Whose Mind Is It Anyway - A curious article in The Wall Street Journal caught my attention about the ubiquitous Elon Musk,...