There has been a great deal of media chatter about the new Tottenham Hotspur stadium and the technology going into the Premium Sales Suite, but how much of this really matters to the fan and when does it begin to distract from the central point of your visit, the game itself?

I have to hold my hands up from the start and say I am and have always been a huge Arsenal fan. The first time my dad took me to see them play was at Highbury on November 24th, 1996, for the home game against bitter rivals Spurs. Viera, Bergkamp, Wright and Adams were all on the field that day and three of that quartet scored in what was eventually an empathic 3-1 win.

The memory of that day with all its passion, tension and pure adrenaline stayed with me for a long time. As a teenage girl, it was a defining moment and it is still as clear to  still resonates today.

What has lived on is the noise of the crowds, the thrill of the live experience, the collective cries of joy as Wrighty opened the scoring from a penalty in the 28th minute, the tension when Sinton equalised for the visitors in the second half, and the sheer relief when Adams, and then Bergkamp, killed off the game and secured the win in the dying minutes.

There was a buzz around the recently appointed Arsene Wenger and though we didn’t win the league that season we all knew it was coming. The Gunners were in the ascendancy and our North London rivals were exactly where we liked them to be, in the rear-view mirror as we passed by, leaving them with nothing but  envy.

Two decades on and how things have changed, both on and off the pitch.

Football, just like anything in life, moves in cycles and while Spurs fans have had to live through the successes of the Wenger years, the move to the new Emirates Stadium and the acquisition of generally higher profile players, the tide is finally turning. On the field Tottenham’s star is rising and as they plan towards a new stadium, the eye of the capital has been drawn away from Arsenal to the promise of what is to come from their London rivals.

For any club fan – football, rugby, baseball or cricket – the home venue is where it’s at. From the US to Europe and the Middle East, stadium technology has been a big focus for developers and innovators alike but there is still a disconnect between what is being sold, what people want, and what can actually be delivered.

Although I’m a huge fan of technology, I am sceptical about how much of it can be leveraged to enhance the fan experience. Do many of these visions represent a future fans have expressed a genuine need for, or are they simply what marketing executives are trying to convince them that they want?

Having trawled through the web to discover a little more about Tottenham’s new site, my initial thoughts about how they are utilising technology to share and sell their vision is that it is innovative and impressive as a showcase for the future of sports.

As part of their premium sales drive, the Premier League club are using virtual reality technology to provide their season ticket holders with a tour of the new stadium before it has even been built! Inviting their corporate fans to the Lilywhite House complex for a virtual tour of the new stadium, they are then shown around the executive boxes and lounges, as well as what is set to be one of the most innovative features of their new home – the West Stand glass wall lounge.

This Tunnel Club will give a (financially) fortunate few supporters the opportunity to see the players as they come off the pitch through one-way glass panelled walls. It could get interesting if things become feisty at half time!

The VR tour also takes fans on a trip of the site, highlighting elements like the new stadium’s dimensions, as well as transport and travel. They can then walk around the Premium Package hospitality suites to get a genuine sense of what the real experience will eventually be like.

For me, this represents a smart way to use VR technology to sell an idea and offers an intelligent way of giving potential buyers the best idea of exactly what they will be getting for their money.

Of course, when people speak about the pinnacle of technology usage in the venue sector, the eye is often drawn across the pond to the US, where everything from wayfinding to food and drink pre-orders and video highlights are channelled digitally. However, the reality of exactly what is being delivered is very different and as one senior venue executive told me recently, you can’t believe much of what you are told.

“It’s all smoke and mirrors. Most of what is spoken about doesn’t exist beyond the conceptual stage and what’s out there has such a low adoption rate it barely merits consideration.”

Order to seat, video replays and travel and wayfinding information may sound like good ideas, but you need the audience to want them and that audience has very different desires depending on the sport they are watching.

For a day-long event like baseball, video replays in a more relaxed setting probably make for a nice fit (even though fans have generally been slow to embrace the idea). The frantic pace of Premier League football doesn’t lend itself as well to the concept, while for rugby, where fans can bring alcohol into the stadium bowl, the idea of some well thought out delivery to seat service probably holds merit.

Ultimately, it will be the fans who decide what they want by voting with their wallets (or smartphones). What the venue operators need to do is look beyond their natural environments at what people are doing in other spaces such as retail, cinemas, gyms, hotels and restaurants.

We are, in many ways, creatures of habit and replicating proven technologies from other sectors is usually the best way to ensure adoption. You only need to see how Transport For London’s commitment to Contactless pushed that payment form into so many other areas so quickly.

As an Arsenal fan, I never thought I would be saying it, but Tottenham have shown great vision in utilising an emerging technology like VR to good effect. Other venues should take notice of the template and employ it to meet their own digital needs. 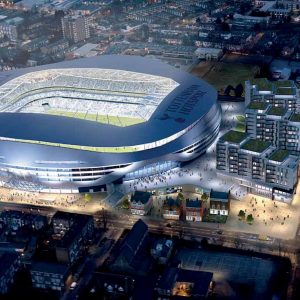 How Safe Is Your POS? 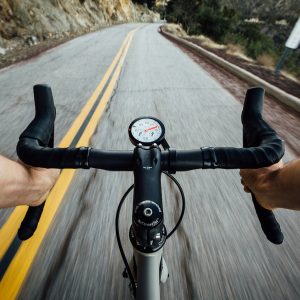 Since the London 2012 Olympic games cycling in the UK has been on the rise and the figures below are testament to its growing...