The controversy about the improper use of the data of 87 million Facebook users by political consultancy Cambridge Analytica brought some worrying facts home to roost. But this May, robust new privacy laws are due to be implemented across Europe, offering EU consumers far greater control over their data and warning of large fines for firms who break the rules.

There is a sense that we may be rebelling against the tech we have for far too long surrendered more and more of ourselves to.

But how did we get here in the first place?

In a world that demands we are connected to progress, the heart of who we are as individuals –  the data that reveals everything about us and every commercial entity seems to crave – is about to be given a new level of security.

If you haven’t already, you should very quickly start to see a number of emails populating your inboxes, each one offering information about the way companies plan to use your data in the future. Hopefully, it means the control is shifting.

Historically, value was attached to physical items and goods were easy to commoditise. We knew what something was worth and the whole system of trade was about marketing to potential customers through traditional mechanisms such as print, radio and TV advertising.

Then the internet was born, followed soon after by the smartphone and suddenly data became king. Now the most valuable commodity is arguably data. This data can be duplicated, shared and collated from a number of sources to create a picture unlike any we were able to fashion before.

The mechanisms for this data capture are also varied, ranging from web browsers to smartphones, loyalty cards and voice assistants but the common theme is that we give over who we are in exchange for the services they offer. This introduces a complex challenge that we open ourselves up to the moment we offer our consent.

And that consent means we allow ourselves to be manipulated by those who know us through this data.

From May 25th the General Data Protection Regulation (GDPR) will come into effect and the aim is to provide individuals with the power to make informed choices about how their data is collected and used. In turn, companies will have to be completely transparent about how and why they are collecting that data.

This is why the notices about “important updates” have started appearing on every platform from Facebook to Twitter.

For those of you who may be sceptical about companies complying it is worth noting that they will have a compelling reason to comply. Any organisation found to be in breach of these rules faces fines of up to 4% of their worldwide annual turnover.

Furthermore, although GDPR is a European directive, companies based outside of the union will also have to adhere if they offer goods or services in the EU, meaning the reach of the new laws may extend far beyond the continent they are initially set to protect.

Many businesses have raised concerns about whether enough basic communication has been distributed about the new regulations but the reality is there will be little room to hide when the new laws come into force.

For the average consumer, they represent a new level of protection that has been missing for some time and could go some way to readdressing a system that has been skewed in favour of big business rather than the individual.

And surely that can only be a good thing… 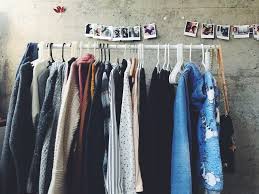