The New Age of Investment with Susannah Streeter

The New Age of Investment with Susannah Streeter – The world of investment and stockbrokers has changed dramatically with the advance of the digital age and one event back in January this year did more than anything to support that narrative.

Most of us are familiar with the controversy surrounding video game retailer Gamestop; when members of the subreddit r/wallstreetbets began to invest in stocks of the failing brick-and-mortar company. This in turn created a short squeeze, which saw pre-market share values reach over $500 per share on January 28th. As a result, many hedge funds suffered severe losses, but short sellers were particularly heavily hit.

But what made this story even more fascinating was that this was orchestrated, not by agitated Wall Street investors but by a community of unskilled investors online.

Speaking to former BBC broadcaster and financial reporter Susannah Streeter, it seems the investment environment has never been easier to get into.

“Because of the advent of retail trading platforms, you don’t have to rely on having a relationship with a personal broker as you did in the past,” Susannah told me. “Also, the launch of retail trading platform apps means that people can invest anytime and anywhere. Certainly, during the pandemic, some people who were on furlough or working remotely saved money on commuting costs and, with nothing else to do, that’s why they started dipping their toes into the stock market.”

As a result of the COVID-19 pandemic, share prices for various firms fell dramatically, so many people, took the opportunity to start investing.

“From the pandemic lows many were thinking that since the share prices fell so dramatically they might be able to pick up a bargain,” Susannah told me, “And then, most notably in the US, you saw a surge in stock prices, particularly with tech stocks, which reached record highs, so I think many people thought ‘some people are getting rich so I want to be a part of it.’”

Social media has also played a big part in this boom in retail investment, with many users now investing in ‘Memestocks’, where certain shares become extremely hyped, such as the infamous Dogecoin. Of course, this has also been coupled with a rise in interest in cryptocurrencies.

“There’s definitely been a lot of interest in new types of assets, but we would certainly urge extreme caution in dabbling with such investments because they are highly volatile; like Bitcoin may have gone up from 10,000 [USD] per coin last year to 40,000 today, but in a couple of weeks it’s value nearly dropped by half. These should be at the fringes of your investments not in the centre.”

Another increasingly popular investment comes in the form of NFT’s (Non-Fungible Token); which Susannah describes as basically “a slice of ownership of a piece of digital art, music or anything that can have a certification code embedded into it.”

“It’s Non-fungible, unlike money, therefore they can’t really be exchanged – they only really have value for themselves alone. There’s been a lot of interest in these tokens as a way for artists to increase their revenue streams.

So why would someone invest in, say, an image or album cover, if they could just see it online for free?” “A good question,” laughs Susannah. “If you feel that it gives you something else, let’s say for example it gives you access to an album in a legal way, and on top of that, you have certificate ownership.

Naturally, it seems erring on the side of caution is essential when it comes to investing and even when looking back to the frenzy of Gamestop, Susannah told me it was “a slow burn to begin with.”

“A number of investors had started to look at Gamestop, as there are many investors that use social media and do a lot of research. The problem is that you don’t know who has done the research or who is just hyping a stock.

“Without a doubt, there are people on r/wallstreetbets who had done a huge amount of research and did truly believe that while Gamestop had suffered particularly badly in the pandemic, it did really have a future.”

But what also spurred the interest was that these users saw many hedge funds were betting against Gamestop; borrowing shares in the company with the expectation that they would fall, allowing them to sell them and make a profit.

“There became this kind of swirl of interest and speculation on social media about what hedge funds were doing,” Susannah told me. “So, they thought ‘well, we can beat you at your own game’.”

Of course, the shares in Gamestop didn’t rise forever, and the “full stop” of this rise came when trading platform Robinhood, through which many of the trades were routed, basically stopping these retail investors.

“This led to claims by the Reddit investors that there was some collusion between the backer of Robinhood and hedge funds,” said Susannah. “This has been denied, and it clearly did seem as though it was because of the amount of money [Robinhood] were being forced to put up for collateral.”

“But the lesson to be learned is that retail investors have a lot of power en masse, and they can use it.”

In aftermath of this madness, it seems that the “army doesn’t want to give up” – there have been subsequent spikes in Gamestop, AMC Entertainment and one only has to browse through r/wallstreetbets to see many speculating (or shitposting) about stocks that are going to boom.

So, the battle between hedge funds and retail investors rages on. Of course, the hedge funds will certainly be a lot savvier this time around, but does this mean that the investment landscape has been changed forever?

“Hedge fund with definitely be monitoring social media more carefully, to analyze what [retail investors] are doing and will adjust their strategy accordingly,” Susannah tells me.

“But I do think there is perhaps an awareness that shareholders can, if rallied together on social media, can actually make a difference and can call for a change of policy at the top of a company. But also, it shows that the cat is well and truly out of the social media bag in terms of investing and that influence is certainly playing a really big role in the direction of certain assets.”

If you would like to know more about Susannah, visit here. 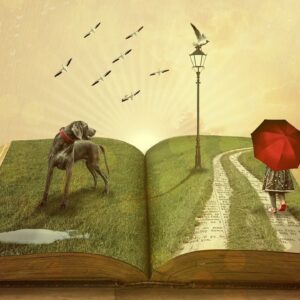 Audio Book Club - Using the audibles extensive audiobook library and linking this through to smart devices such as Philips...