Only last week, I read that Argos is launching a “voice shopping” service that allows customers to reserve products in their local stores using Google Home technology.

This initiative makes Argos the first UK retailer to offer a shopping service via the Google Assistant platform and is seen as a statement of intent that it will not continue to ignore the competition from Amazon, although most analysts tend to agree that very few people currently purchase in this way.

Once the Argos service is “enabled” on the device, people can ask the Google Home smart speaker to check on product availability and reserve items, although shoppers will still need to browse either a physical catalogue or the retailer’s website to find the product they want.

I’m a fan of voice-activated assistants and if the major tech players can alleviate general consumer concerns around privacy and security, I can see this sales method taking off, with voice becoming an aid to the browsing experience. Once you’ve made your selections, telling Google to checkout and pay without having to lift a finger has its advantages and further down the line, being able to showcase a catalogue on a display similar to an Echo Show makes absolute sense.

Retail feels a little like the final years of the wild west at the moment, with tradition and technology battling it out in an effort to shape the new world. As Amazon seeks to expand its grocery delivery service, traditional players like Tesco and Sainsburys are trying to fight back, all too aware of the need to evolve or die. The Seattle-based giant’s recent purchase of Whole Foods is a clear indicator that it is looking to conquer all sectors.

The high street is under pressure to respond to the consumer shift towards online shopping but its current plans for taking on Amazon have been about as effective as a sand castle at high tide. Desperate CEOs are deliberating over how to get people back into their stores without really accepting the fact that those same people just don’t want to spend their time shopping in the same fashion anymore. Sales are moving to the web because that’s what shoppers want.

I can see a future where the high street comes to us, as a completely digital environment, where superstores are a mixture of holograms and augmented reality that we can browse at our own leisure, night or day. We already have the 2-dimensional versions of this with websites but surely “walking” into a digital store, perusing its aisles, asking your voice-activated assistant to fill your trolley and pay for your goods and then have them delivered to your doorstep without ever leaving your armchair, is where we want to be? 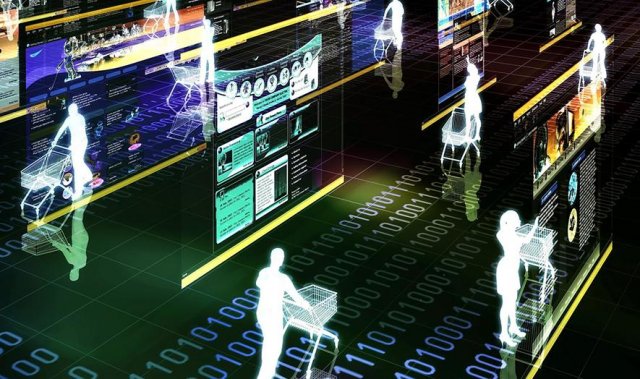 Whatever they say publicly, this is certainly where the retailers want us to be. Amazon are already a long way down the road to making it a reality. No physical stores. No tills. No shop assistants. One huge warehouse whose only purpose is to stack, pack and dispatch. Move it forward one more notch and we have a superstore that can be upgraded, expanded and restructured from a computer screen, open 24/7 that doesn’t need to concern itself with staffing, security, parking or shoplifting. The customer could even customise what they see based on their shopping preferences…

Shopping can still be experiential. Imagine being able to see what that sofa could look like in your living room before you buy it. Consider the impact of using AR to assess whether a 65” TV really is too big for that living room wall. Companies are already tinkering with these concepts.

And why couldn’t you take the kids along for the journey? Even grandma and wheelchair-bound aunt Edna can join you, without the need to ever worry about queues or disabled access.

Fantastic as it all sounds, it is coming.

Fifteen years ago, many of the digital assets we take for granted today were only available in a physical format. Music, movies and video games were the lifeblood of companies such as HMV, Tower Records, Blockbuster and Virgin Megastore. In less than two decades, all but one of these multi-million-pound companies are still trading and even then, HMV is a shadow of its former self.

The new vendors in town – the pioneers in this emerging landscape – have already laid down their markers. Apple, Netflix, Spotify, Sony and Microsoft are all trading in assets that we cannot see, feel, taste or touch. As a teenager, my music collection was a blend of vinyl, cassette tapes and CDs. In 2018, that entire library – and a whole lot more – is stored in the cloud, at my disposal whenever I want to hear my music. It won’t degrade, it won’t get scratched and I can listen to it wherever I am.

And it is for this reason that I remain sceptical about these “champions of the high street” who tell us that everything will be alright in the end and people will flock back to the stores if only retailers make them more “experiential”. Frankly, I think it’s nonsense. Anyone with a realistic outlook can see there will eventually only be one outcome. For political, traditional or emotional reasons we just don’t want to accept it.

I’m not saying I like it. I’m not saying I will embrace it wholeheartedly. I’m not even saying it is the right thing for us to do as a species. (The human race has a less than exemplary track record when it comes to doing what’s right). But we have to recognise that there is a relatively small number of people telling the significant majority what we want and what we need and until we come back at them with the truth, they are just going to keep giving us more of the same.

As consumers, we have the opportunity to communicate our needs and help shape the retail environment we want and big business needs to listen, unreservedly – not just when we ask Google to order us a new washing machine.

Let’s put the panic aside and embrace the opportunity. 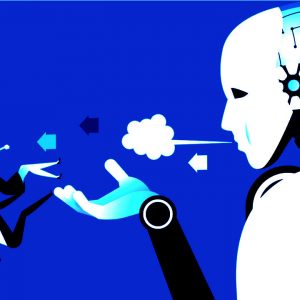 The media has gone to great lengths to carve society up into specific social groups. This is nothing new of course but for the first...