With elections in 32 London boroughs and 119 other England councils, as well as some mayoral ballots, taking place on 3 May there’s an ever-increasing reliance on digital campaigning versus traditional door-stepping.

Recently released figures from the Electoral Commission highlight the increasing impact of Facebook on UK politics.

Thanks to the Tories’ successful Facebook campaigning, other political parties followed their lead.

Data on the voting public from Experian’s Mosaic brackets everyone into groups including classic grandparents, metro high flyers, and disconnected youth and is used for parties’ mailshots.

Once it came to the European Union referendum in 2016 Facebook was a major tool, particularly for the Tories whose traditional canvassing has lacked the clout of Labour’s.  Appropriate data, of course, didn’t exist in this one-off as there was neither voting history nor canvassing information and campaign groups relied heavily on digital campaigns.

Boris Johnson and the Vote Leave campaign relied heavily on digital messaging.  But how much of an impact does it have? In the wake of the Cambridge Analytica debacle this might be a pertinent question but if you choose to believe Dominic Cummings, campaign director for Vote Leave Now,, he reckons digital marketing does not change people’s minds on how they vote. Strange then that Vote Leave spent 40% of its budget (£2.7m) on its digital messaging.

Labour, with a saleable commodity in Jeremy Corbyn, and fans eager to back him online, updated its software to Facebook target voters identified in traditional canvassing. Local constituencies followed suit.

Electoral Commission figures show Labour spent £577,000 nationally on Facebook in the 2017 election campaign, and its candidates spent up to £1,000 each.

Launching Labour’s local election campaign, Corbyn, with almost 1.4 million followers on Facebook, said social media was important to broadcast his message without media moderation. While he agreed there’s a serious issue about administration and data harvesting, Corbyn told supporters the party’s Facebook and Twitter would continue.

“Younger people and those under 40 tend to communicate on social media rather than through newspapers. Online is where it’s at for a very large number of people,” he said.

Sadly, that has included party members’ anti-Semitic Facebook posts and that has rightly caused a Labour party crisis. 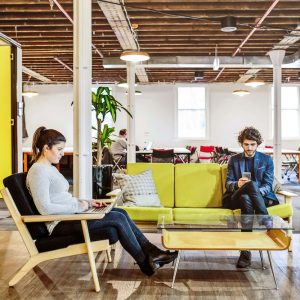 Following the launch of the YBF Fintech Hub in partnership with the Victorian Government, which has been active and operational...