Following the launch of the YBF Fintech Hub in partnership with the Victorian Government, which has been active and operational since the beginning of 2018, YBF once again breaks new ground by launching the world’s first dedicated Web 3.0 hub: YBF Mesh.

Based out of its new 3,100 square-meter headquarters in Melbourne’s CBD, YBF will provide a platform to facilitate the web’s next major iteration, the shift towards a decentralized web – Web 3.0. The hub is the first of its kind and will enable a handful of curated start-ups to work in the decentralized technologies space, to co-locate themselves with other high-potential projects and as a community. YBF aims to usher in this major technological shift through a primary focus on enabling the development of core infrastructure and protocols.

Web 3.0 companies based out of YBF Ventures will be able to take full advantage of YBF’s broad service offering which is what has made it Australia’s go-to innovation hub since 2011. As part of its Web 3.0 platform, YBF Mesh will offer a dedicated working environment including both private and shared office space, advisory services, educational and networking events. In addition, it will provide access to influencers and leaders within the Web 3.0 ecosystem, a global network of investors, and to YBF’s diverse network of corporate, government, and ecosystem partners.

While the hub is the first of its kind, its reach will be global from day one, with future plans to open in locations around the world. YBF seeks to provide a strong foundation for companies that wish to be a part of a global movement, enabling them to scale their operations both at home and abroad.

A star-studded line-up of global players have come on board as strategic partners of YBF Mesh: Open Index Protocol (OIP), the Decred Project, Loopring, WePower, FLO, Decentralized Library of Alexandria, Block Collider, and Australia’s leading cybersecurity and incident response firm, Ctrl Group. This stellar group will be joined by the Distributed Technologies Institute (DTI) and DDLS, Australia’s number one provider of corporate IT education, as dedicated education partners.

Whilst applications captured much of the hype throughout 2017, the next 12 months will need to see a narrative shift towards the protocols and infrastructure on which many of these Web 3.0 applications rely. As such, YBF Mesh will include a program dedicated to giving back to the wider Web 3.0 community. In addition to YBF’s broader service offering, it aims to offer greater support through annual donations and contributions to various foundations and not-for-profit development organizations. 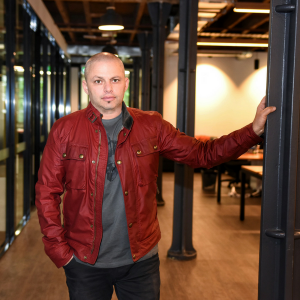 Farley Blackman, CEO of YBF Ventures says, “What has enabled YBF to maintain its reputation as the leading space for technology and innovation is our ability to identify developments in technology early, act on them and serve as the industry’s thought leader. We’ve been preparing YBF Mesh for quite some time and are pleased to be able to put it in to action with such a notable company of partners.”

Joshua Buirski of the Decred Project, one the of YBF Mesh’s founding partners says, “Blockchain technology has absorbed much of the limelight over the past 12 months, however those placing a sole focus on blockchain are not seeing the bigger picture. What should be noted is that while certainly important, blockchain and distributed ledger technology are merely one of several pieces of the broader Web 3.0 puzzle.”

Bastien Treptel, Founder of Ctrl Group comments, “The surge of risk for organisations in today’s environment requires the development of new thinking. We are at the forefront of helping Australia and the world implement and create unimagined technologies to revolutionise data protection techniques. However, to provide these next-gen solutions and defend against the ‘Wild West of today’s cybercrime’, we require clever thinking and solid support from new ventures and though leaders. These new ventures will spawn from institutions such as YBF Ventures; who I believe will light the way, hence our support for this great initiative.”

Jay Zhou, Co-founder of Loopring says, “Australia has managed to create a very favourable environment for companies operating within the blockchain and broader Web 3.0 ecosystem. Loopring recently visited Australia as part of the Intersekt 2017 FinTech Festival and has developed strong relations with YBF Ventures and the State Government of Victoria. We look forward to expanding our operations to Australia.”

“Web 3.0, as a general term encapsulating the overall efforts to remake web services in a decentralized, persistent and uncensorable manner, is probably the most important work happening in the tech industry. With more than three billion people connected to each other via the web, I don’t know what could be more significant than making that platform more robust, trustworthy and safe from spying eyes. This is why I am happy to support YBF Mesh,” says Devon Read, Founder of Decentralized Library of Alexandria

“We want to ensure that the web’s next major iteration stays healthy in an ongoing manner and that those working on and dedicating their time to Web 3.0 will be rewarded for their efforts. YBF will be making it a priority to give back to those building the foundations of the global community,” adds Farley Blackman.

YBF Mesh is a platform that equips entrepreneurs with the essential resources to scale. It provides information to government and corporates to understand and align their strategies for the coming Web 3.0. Founded in 2018, YBF Mesh is the first of its kind and the global industry leader in what is to be an inter-linked network of Web 3.0 hubs. As the nucleus of partners from around the world, YBF Mesh offers a dedicated workspace, unique events, advisory services, a network of investors and industry influencers, and access to a diverse group of innovative corporates.  YBF Mesh is fully integrated into YBF Ventures, Australia’s premier hub for technological innovation.

Since 2011, YBF Ventures has focused on advancing Australia’s technology-focused entrepreneurial ecosystem, initially from its iconic premises in the Melbourne CBD––the former York Butter Factory, from which ‘YBF’ stems. YBF has been home to 100s of startups who have created 1000s of new jobs. YBF also works in partnership with ASX200 and Fortune1000 corporates and Australia’s globally-renowned academic and research institutions.

YBF was initially started as a co-working space in Melbourne and has developed into an innovation ecosystem––a curated and diverse community of entrepreneurs and subject matter experts who have created hundreds of new, disruptive technology businesses. The company focuses on innovation in a myriad of industries, having directly produced successful scaleups including Equiem and Clover.com.au. It has housed high-growth residents such as Doshii, Latipay, Gleam.io and Modbot amongst many others. 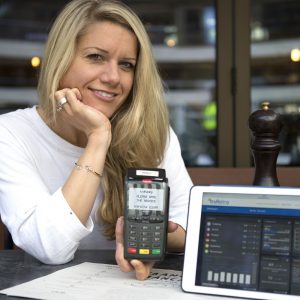 Georgina Nelson – TruRating - The main driver for most businesses today is data. Understanding your customers’ needs,...