The future of shopping is finally upon us as ever-expanding giant Amazon opened the world’s first checkout-free retail store within the grounds of its Seattle headquarters.

Measuring over 1,800 square feet, the store relies on sensors and cameras to detect what items shoppers have taken from the shelves, as well as what they have put back, all in real time. Customers then simply leave the store when they have collected all the items they require in their bag and then they are automatically billed via whichever card is linked to their Amazon account.

To gain access to the store, shoppers must firstly download and scan their Amazon Go app to pass through the turnstiles at the front of the store.

The company has plans to open more stores around the US although they remain unclear on when that might be. When one considers that the opening of the first store was delayed by a year, it could be anyone’s guess.

Of course, it does open the question of what this might mean to the 3.4 million cashiers throughout the US and the millions more around the world if the company does expand the concept globally. We could quickly see other retailers follow suit with similar technology and it would not be unrealistic to suggest that the shopping landscape could look very different 5 years from now.

The knock-on effect in terms of tax revenues should also not be underestimated as suddenly taking millions of workers out of the income stream means a potential (and significant) drop in contributions that are currently reinvested into every area of society.

And where do these workers go for new employment? The ability to reskill such a large workforce is unlikely.

For consumers, the future looks bright but not everyone might be basking in the light. For every winner, there still seems likely to be a number of losers. 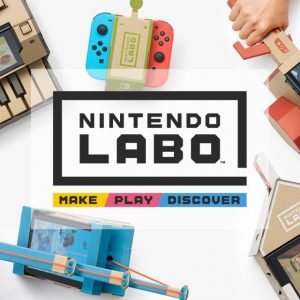 The recent announcement from Nintendo that it is looking to launch Nintendo Labo for its younger Switch owners demonstrates...