Has the Bitcoin Bubble Burst?

The digital currency Bitcoin has tumbled to less that $8,000, meaning it has suffered its worst trading week since April 2013.

It is a rude awakening for many investors who saw the cryptocurrency hit an all-time high of almost $19,000 back in November 2017 and though it has recovered slightly the trend still appears to be heading downward.

Experts are divided over what the main influences are behind this drop, with some suggesting concerns around hacking, along with Facebook’s decision to ban adverts for all digital currencies not having helped its cause.

Additionally, China and South Korea have banned any new virtual currency launches and have been closing exchanges on which they are traded.

Bitcoins are created through a complex process known as “mining” and then monitored by a network of computers globally. However, like any currency, it’s value is determined by the demand to buy and sell.

Bitcoin is the most widely traded cryptocurrency but not the only one to have suffered a major dip with both Etherium and Ripple plunging more than 20% each.

So, is this really the demise of digital money?

Probably not. We are still some way off the original $1000 mark it started trading in 2017 and despite the current doom and gloom surrounding Bitcoin, the longer-term view is that it will recover.

I can’t help thinking that twelve months from now this dramatic fall might be forgotten as Bitcoin scales new heights and those of us who haven’t boarded that train may be once again kicking ourselves for missing out! 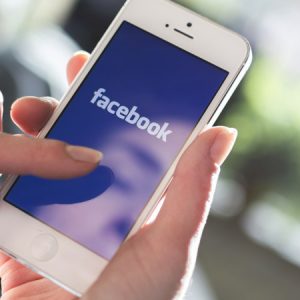 Mark Zuckerberg is making a major change to Facebook which breaks his commitment that any alteration must ultimately increase...