Mark Zuckerberg is making a major change to Facebook which breaks his commitment that any alteration must ultimately increase engagement. The announcement that Facebook is changing the way its newsfeed operates is likely, he concedes, to mean people spend less time on the site.

Facebook is planning to make posts from businesses, brands and media less prominent so that content that engages family and friends using the site is emphasised, Zuckerberg says. Organisations on Facebook may see posts decrease as changes happen in the near future.

“We’ve gotten feedback from our community that public content – posts from businesses, brands and media – is crowding out the personal moments that lead us to connect more with each other,” wrote Zuckerberg on his page, adding that he and his team feel a responsibility to ensure Facebook is good for people’s wellbeing.

Public content will now only be promoted if it encourages community interaction – as with groups discussing TV programmes and sports, Zuckerberg said, while in a separate post an example used was Facebook live video feeds generating discussion.

In a previous post, he promised to fix Facebook this year and ensure that users were both protected from abuse and their time on the site is well spent. He also said he would prevent nation states manipulating Facebook content.

The recent focus on fake news, with critics anxious about Facebook’s considerable societal effect, is thought to have influenced their CEO to return to Facebook’s roots but changes are likely to cost both Facebook and other news organisations, watch this space to see how much.

Has the Bitcoin Bubble Burst? 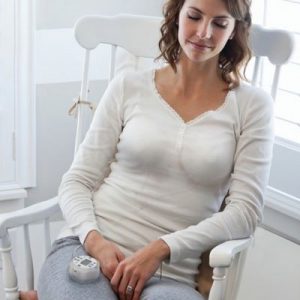 It has long been accepted that “breast is best” when it comes to feeding babies but that assumes mothers can actually...