It has long been accepted that “breast is best” when it comes to feeding babies but that assumes mothers can actually cope with the initial challenge – and believe me it can be a challenge – and then with the need to provide their own milk for growing babies.

Using a breast pump to provide the most beneficial and natural nourishment for your baby usually means plugging into the breast pump several times a day, which is restricting, noisy and can seem your worst enemy rather than your best friend.

But now, hallelujah! Two firms have come up with the solution – portable pumps which allow breastfeeding mums to collect their milk on the move.

Willow and the Freemie Liberty pump can be worn inside a bra, are powered by rechargeable batteries and are said to be very quiet. No more plugging in and topping up baby’s supply in the stationery cupboard or ladies’ lavatory.

“Mums have a lot of stress, they have to plug into a wall, often they are isolated in a tiny room and they have to step out of life,” said Willow chief executive Naomi Kelman. “One teacher told us she had to stop and go in a supply closet to pump.”

Willow’s award-winning pump which was available to buy as a beta trial is now launching onto the market, retailing in the US for $479 (£354).

Some online critics have said that that the bags, which hold 4oz (118ml) of milk, are too small but a company spokeswoman said that in future, bags of different sizes would be available, adding that the pump can be paused while the smaller bag is changed.

The Freemie Liberty pump, which comes with 8oz bags, is the first portable product from Dao Health, which launched its original wearable pump in 2013 after a decade in development. It has a sleep setting which turns it off after a time in case the wearer wants to doze off while pumping.

Co-founder Dr Stella Dao, an emergency doctor, and her husband Dan Garbez came up with the idea when their twin babies were born prematurely.

“They were in the neonatal intensive care unit, my wife realised she was having to use her breast pump 10 or 12 times a day, which required her to take off her clothes and do it for 20 to 30 minutes at a time,” said Mr Garbez. “The point she impressed upon me is that her job situation is difficult and demanding but lots of women around the world have difficult and demanding jobs and they can’t just drop what they’re doing and use a breast pump.”

Willow comes with an accompanying app – currently only for iPhones – which women can use to track their milk production. The Freemie Liberty is compatible with other apps on the market. It retails for $300 in the US

Tech analyst Carolina Milanesi from Creative Strategies said: “In the busy life we are living and in the attempt for women to better balance career and family I sure welcome better solutions to empower me not to have to prioritise one over the other.” 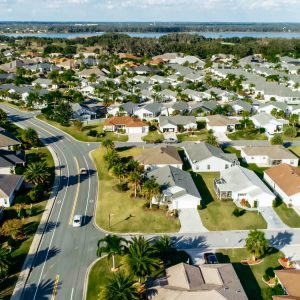 It was announced this week that one of America’s largest retirement villages will be introducing a fleet of self-driving...