LG’s new robot, Cloi, had a less than auspicious CES debut when the South Korean’s centerpiece smart home device repeatedly failed on stage, much to the embarrassment of David VanderWaal, LG’s US marketing chief.

Offering no response to three consecutive instructions beyond blinking, the demo was a complete PR disaster and social media was not shy in quickly calling out the company, with many experts labelling the demo a “disaster”.

The event was the first press conference of the morning at the Las Vegas tech fair with many other giants such as Samsung, Intel, HTC and Sony still to deliver over the course of the week.

The focus for LG was to promote ThinQ, an in-house AI software and the company plans to roll out a number of products that will be connected and capable of evolving as a system through the platform.

Cloi – pronounced Kloh-ee – is an effort by LG to make their technology the centerpiece of consumers’ homes and with so much invested this was the last kind of media attention the company needed right now.

When VanderWaal came out on stage, he was very vocal in expressing how Cloi represented the “ultimate in simplicity when managing your smart home”.

Initially, it worked as planned when he asked it for his schedule but subsequent requests to find out if his washing was ready, what was planned for dinner and suggestions for chicken recipes failed to get a reaction.

To start with, the audience saw the funny side of the situation but laughter soon turned to stunned silence when people realised the demo was not going to plan.

It isn’t the first time a demo at CES hasn’t quite work out but it did illustrate how many AI-based systems that are pitched to consumers may not be as fool-proof as those selling them would have us believe.

Alongside Cloi, LG revealed three other robots it hopes to release.

The truth is, whilst LG’s brand is likely to take a short-term hit, what it does appear to demonstrate quite clearly is that the truly smart home is probably still a little further away then we realise. 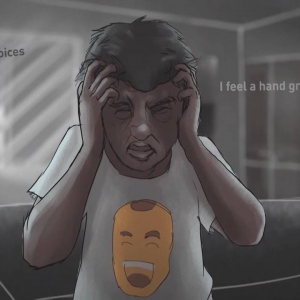 Putting the bad voices back in their box Schizophrenia affects more than 20 million people across the world many can’t...