Smarts For The Over 50s

According to a recent market study by Deloitte, smartphone sales are seeing the fastest adoption rate amongst the 55-75 age group, with 71% now owning an app-capable handset.

However, scratch beneath the surface and there are some telling caveats to the headline that reveal more about how this is being driven and the motivations behind it.

For starters, whilst adoption might be growing, usage amongst the over 55s is the lowest for any age group, with only 20% admitting to checking their phones within 15 minutes of waking up against the national average of 50%.

Additionally, only 50% of this demographic had Facebook installed on their devices compared to the national average of 70% across all adults.

However, it’s worth noting that because 55-75 year olds enjoy a higher than average wealth, they are more likely to purchase premium handsets, although there is also evidence to suggest that some will often start using a smartphone because they have been given a hand-me-down from their children.

There is also the belief that many purchasers are being forced into buying smartphones for the first time because of the growing number of “every day” living experiences that now work more effectively via technology, such as parking, payments and taxies.

With smartphone screens becoming larger in size over recent years and possessing better audio and visual capabilities there is a strong argument to suggest that they are the perfect fit for a generation who will inevitably succumb to deteriorating hearing and eye sight.

The onset of more sophisticated facial recognition should also resonate with the elderly because simply unlocking your phone by looking at it is a much simpler process than having to press buttons or key in a password, which could require them to put on their glasses.

So, if we take it as read that this age group are buying these handsets and using this technology, is enough being done to reach out to them or create specific applications that are focused on their interests and needs?

The very fact articles such as this one have been written highlight a series of assumptions that perhaps don’t quite support the weight of scrutiny.

When you analyse the growth of technology across various sectors, you can see areas where the older generation is being considered, especially around health care but this remains at odds with a general perception that ultimately it is the under 30s for whom most development is aimed.

There remains a danger that we look to patronise or even alienate the over 50s in the belief that they somehow don’t possess the capacity to understand this “brave new world” but in many ways, they have the benefit of invaluable experience over youthful enthusiasm.

We should continue to be mindful as we head at pace down this path that we do not leave anyone behind along the way, least of all those who have laid the foundations for everything the emerging generation seek to build upon. 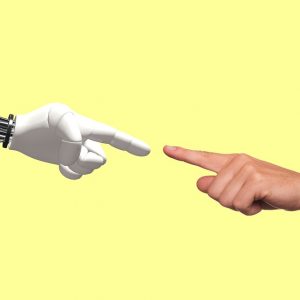