In Cupertino, California, 1000 invited guests gathered for arguably the biggest announcement of the tech calendar as Tim Cook, CEO of Apple unveiled the company’s latest product range, which included the much-anticipated iPhone X.

The event was broadcast across the globe to millions of Apple fans and as I tuned in to watch proceedings I suddenly realised how similar to a religious experience the spectacle had become.

Whilst this isn’t a new analogy, it was for me (a lapse-Catholic raised in the often-unforgiving environment of a religious education system) the first time I could personally relate to the suggestion so acutely.

And my immediate feeling was that I didn’t like it. Not because it challenged any type of established order but because it had the fabric of a defined belief system about it.

Christians have Christ, Muslims Mohammed and for the followers of Apple there is surely no more visionary prophet than Steve Jobs.

As Apple devotees flocked to their new cathedral, the Steve Jobs Theatre, and fans tuned in to watch the broadcast around the world, I was reminded of the Pope conducting mass in the Vatican Square on Easter Sunday, legions of believers congregating to hear his message of hope for the future.

So, what was the Cupertino audience sold?

The world’s first £1000 handset and the promise that it was going to change life forever for those with the vision to embrace it.

They were assured that the iPhone X would mark an epoch in the development of smartphones, reinventing the experience and defining how we will interact with our devices for the next decade. They made the announcement that they were rebranding their stores as Market Squares and offering free Wi-Fi and a place for the likeminded who subscribed to their philosophy to share a common space.

Without question, technology is quickly becoming the new religion for the 21st century. Millennials are fast abandoning faith in favour of tech brands like Apple and Google, happy to invest in their corporate belief systems as they seek answers and fulfilment.

The architects of this new religion are not living on Mount Olympus or unseen beneath the earth. No, God is alive and well and making his mark in Silicon Valley. And the promise of a better life through technology, that may even one day help us master death, remains the ultimate prize for all those who follow.

But the real danger with any structured system of belief is that it suffocates the creative spirit. To share in the benefits, you need to subscribe to the mantra but that mantra does not encourage free thought or deviation from a very prescriptive path.

Corporations like Samsung, Apple and Google will argue their products and services promote creativity and freedom but this is never truly the case because it will always be within the confines of their respective platforms.

Smarts For The Over 50s 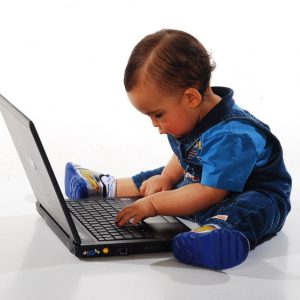 As a title, it’s practically a first chapter but read it and you get the drift of Jean Twenge’s new book. iGen: Why Today’s...