As a title, it’s practically a first chapter but read it and you get the drift of Jean Twenge’s new book.

iGen: Why Today’s Super-Connected Kids Are Growing Up Less Rebellious, More Tolerant, Less Happy–and Completely Unprepared for Adulthood–and What That Means for the Rest of Us

Professor of Psychology at the San Diego State university, Twenge believes young people born in the mid 1990s and later are much more depressed and anxious than their forbears and part of the reason is that the iGen is the first generation to have entirely grown up in the smartphone era. Social media and texting means less face to face time with friends and this makes the kids lonely, isolated and depressed.

OK, so parents may take heart from Twenge’s assertion that today’s kids are more tolerant, less likely to have sex at an early age and can’t stand inequality.  But what use is that if they are more likely to be suicidal?

Not everyone agrees with Twenge that technology takes all the fun out of living or is a key reason for teen depression. Dr Andrew Przybylski from the Oxford Internet Institute says that missing breakfast is three times more likely than iPhones or gaming to cause Twenge’s reported problems.

An Oxford University study led by him has suggested that video game playing for less than an hour a day makes for better-adjusted teenagers and that there were no positive or negative effects for young people who played moderately, that is between one to three hours a day.

The study says the influence, good or bad, of video games on children, is very small when compared with other factors like whether a child comes from a functioning family, their school relationships, and whether they are materially deprived.

Almost 5,000 young people, half male and half female, took part in this study and came from nationally representative UK households. The results suggest that three in four of our children and teenagers play video games on a daily basis, and whereas those who spent more than half their daily free time playing electronic games were not as well adjusted, those who played video games for less than a third of their free time had the highest levels of sociability and were most likely to say they were satisfied with their lives. They also apparently had fewer friendship and emotional problems, and reported less hyperactivity.

With previous research suggesting that around half of our young people play video games for less than an hour a day and almost a third for one to three hours daily, let’s just keep giving them a healthy breakfast and a happy family. 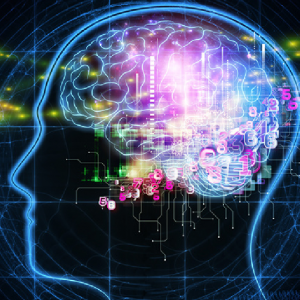 And now we have it – AI is intrinsically prejudiced, but why the stunned media reaction? AI isn’t some fairy godmother...