Following two successful trials in South Africa, Mastercard has announced a new credit card that features the world’s first fingerprint sensor as part of its design.

Mirroring the technology that is currently resident in mobile phone payments, users will be required to place their fingers over the sensor to authorise a payment.

Although the innovation isn’t flawless, it certainly represents a creative use of biometric technology and those who may buy into the system will benefit from the increased security because it is not something that cannot be taken or replicated.

But fingerprint sensors can be compromised and unlike a password, you only have nine fingerprint changes before you are out of options.

However, any changes are likely to be an improvement on the current situation, where chip and pin still leaves the door open to fraud.

To enable the card for the first time, users need to go into the bank and register their fingerprint, which may discourage some people but there is no other alternative.

The good news for businesses is that the new cards will work on existing payment infrastructures, which differs from similar technologies of the past, where a separate fingerprint scanner was required. It means because the data and the scanner are on the same card the hardware reading the device does not need to be upgraded.

Their usage is limited to in-store purchases only, with online and other “card not present transactions” requiring additional security measures.

The fundamentals of the technology have been around since the iPhone 5s first hit the market four years ago, boasting a fingerprint reader. It gave consumers their first credible alternative to a password to access their phones and made the concept of TouchID an acceptable security option.

The success of this technology has allowed TouchID to be integrated into a variety of other payment experiences and biometrics have also played a role in verifying identifies in countries such as India and South Africa where fraud is a major problem.

This blending of biometrics, plastic cards and payments into a next generation biometric card is taking the way we purchase and pay to a new level but with all the major smartphones now incorporating this technology, is it a case of an idea having already come too late?

The card itself features a thin film on the upper right hand corner where the customer would naturally rest his or her thumb. That film is the reader and when the card is inserted into the terminal it matches the thumb print to the one on file and when this is confirmed the transactions is authenticated and processed.

Because the reader is embedded in the card itself the only person who can use it is the customer to whom it is registered.

So when can we expect to see this card become available. Well, sooner than you think with a full rollout expected before the end of 2017. 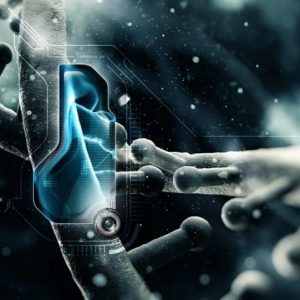 Smart Health! - Swansea University’s Institute of Life Science is currently leading a program into the study of bandages...