Bra-Ba Blacksheep – As someone whose grandmother had a mastectomy, I turned up my car radio one afternoon when I heard that a new bra had been invented as an early warning system for detecting breast cancer.

The claim was that this new bra could, by measuring breast tissue temperature, let wearers know they were at risk with a red light, with green meaning you’re in the clear.

So red, get along to a doctor pronto, what a great idea I thought, cancer detection in everyday clothes.  And yet……

Apparently, this bra was being developed by electrical engineering students at an American university, it was merely a prototype and involved a small observational study. Hardly a reliable screening device.

Despite this, it was all over the media, and many more people than me had taken it seriously.

While it is true that thermography technology can detect changes, it is not sensitive enough or specific enough for general screening. Any red light would require a mammogram, ultrasound or MRI and earlier versions of so-called “breast cancer-detecting bras” have brought an undesirable number of false positives.

The risk of breast cancer is a real cause for anxiety for many women and the idea of being constantly plugged into a wearable warning system had already pushed my body temperature up.

Turning on my car’s cooling system, I decided that this was just another cancer breakthrough story to bin, along with media hype over wonder drugs that give false hope.

Technology is a wonderful thing in medicine but we won’t be wearing cancer screening bras any time soon. 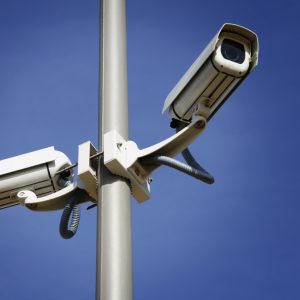