“Our House” From Selfridges

Selfridges’ “Our House” Encourages Visitors To Switch Off Their Tech

Selfridges builds a 3,000 sqft house for customers to relearn how to peel potatoes in its London store.

What makes a house a home? Selfridges addresses the shifting nature of home, home-making and craft in a rocked world.

Selfridges’ legacy of creating extraordinary customer experiences through topical and thought-provoking campaigns is to extend with the launch tomorrow of a new campaign called Our House.

Our House is set against the backdrop of a world rocked by some major geopolitical changes in which the definition of home seems to be in a state of flux. International migration and the volume of people’s displacement are at their most critical since the Second World War. Space and homeownership across the globe’s biggest capitals – especially in London, have become accessible only to a shrinking minority. At the same time, mobile technology which enables people to become digital nomads and transport their “home” everywhere they go is further shifting the idea of a house as home. The saturation of modern living with digital devices, virtual communication and interactions has diminished the connection between people and making things, as they become increasingly more time-poor.

Conversely, with Selfridges’ home accessories sales registering well over 30% sustained growth in the past 15 months, and programmes such as the Big British Bake Off, the Great Pottery Throw Down, and the now defunct Great British Sewing Bee attracting millions of viewers, making things and home-making seem to be back on the agenda.

In the light of such a disparate and contrasting picture, as well as asking customers to pause long enough to consider what home means to them, Selfridges is reflecting on and celebrating the essence of what makes a house a home, its rituals and the place of craft and making things by hand within it.

The House – A Home For All

For Our House, Selfridges has collaborated with The New Craftsmen, one of the foremost proponents of the resurgence of craft in the UK, to create a fully immersive conceptual house to heighten customers’ appreciation of home-making. Built over 3,000 sqft, the house called A Home For All, has been designed to re-engage and stimulate the maker and all who visit the house. Inspired by traditional farmhouse designs, A Home For All features a conceptual take on the bedroom (Rest area), the kitchen (Gather area), the living room (Play area) and the bathroom (Cleanse area). Customer interaction and participation are solicited in every area – especially the Gather and Play areas where ambient activities and workshops are organised throughout each week of the duration of the campaign.

Ambient activities include potato peeling, sourdough bread making, herb bundling, spice grinding, grain milling and tea making. Bookable workshops will invite customers, among other things, to learn how to weave in the traditional way using a foot-and-hand operated weaving mill, make clay objects and make hand-made costumes. All ambient activities and workshops are supervised and led by expert makers and dedicated food anthropologists acting as hosts within the house.

A Home For All is only accessible by ringing the rustic manual doorbell at the entrance of the house (via the lower ground floor of the London store). Customers will be required to remove their shoes and switch off all their electronic mobile devices and put them in a fabric backpack provided on entering the house.

Selfridges’ Our House campaign is also expressed via a new window scheme echoing the idea of the celebration of home-making rituals and the simple pleasures of craft-making. A new shopping destination, The General Store, is to sell carefully considered and edited product for home decorating and home-making featuring new collections from fashion designers turned home accessories designers such as Roksanda and Loewe.

Selfridges’ regional stores will also amplify the principles of Our House in dedicated destinations and activities.


Tags: A Home For All, Selfridges

WESTWORLD STAR TO FACE OFF WITH REAL A.I. 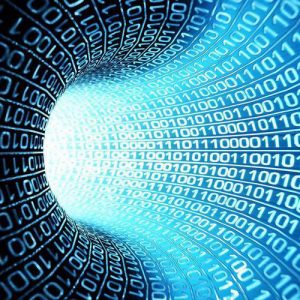 Data Mines Our personal data that companies hold, or sell on to third parties, is worth millions which is why the likes...